Full Bush is a new theatrical production bringing to life the incomparable magic of Kate Bush's music. It’s a collaborative project from Macie Stewart and Sima Cunningham of art-rock band Ohmme and vaudevillian homage-collage artist Alex Grelle. Combining elements of live music, dance, and striking visuals, Full Bush is a raucous album-length spectacle unlike anything you've seen before. Co-created with Jesse Morgan Young of Floor Show, Revival, and Andrew in Anotherland, Full Bush is a loving reimagining of Kate Bush’s illustrious career celebrating the artist's eccentricities by incorporating elaborate, over-the-top costumes and performances with frenetic choreography and transfixing projections. Ohmme expands into a six piece ensemble to tackle new arrangements of Kate Bush’s music and will feature the hits as well as some of her beloved deep cuts.

There's an obvious chemistry emanating throughout Ohmme's music that's so tangible it can only come from a decades-spanning friendship. Songwriters Sima Cunnningham and Macie Stewart formed their unbreakable bond performing throughout the fringes of Chicago's many interlocking communities, collaborating with titans from the city's indie rock, hip-hop, and improvised worlds. Together they've stretched the boundaries of what guitar music can do starting with the band's experimental 2016 self-titled EP, their adventurous 2018 debut Parts, and into the 2020 release of the stunning and muscular Fantasize Your Ghost.

Ohmme formed in 2014 as an outlet for Cunningham and Stewart to explore an unconventional approach to their instruments. "That's the whole genesis of the band: us walking up to our guitars and saying, 'how can we make this noisemaker do something different?'" says Cunningham. Fantasize Your Ghost found NPR Music agreeing, “Taken as a whole, Ohmme's music feels experimental and strange yet still accessible, with an underlying gut-level rumble that keeps its songs from floating into the ether.”

While we were all staring at our phones Alex Grelle was quietly becoming the star of underground spectacle theater. Year after year Chicago’s in-the-know types jammed themselves into a bar that smells of Fabuloso and stale beer to stand on their feet to watch a two hour show that felt bigger than any Kanye show ever could. Grelle is a master of the anti-viral, Chicago’s most celebrated secret, the city’s punk rock queer theater queen. His productions have been massive collaborative projects, working with viral heros like comedians Megan Stalter and Sarah Squirm, and genre-bending musician Nnamdi. Grelle is a triple threat as he stars in his own show: actor, singer, dancer and he's made his mark refashioning his favorite movies and pop culture and showing them through the lens of a queer kid coming up in central Missouri. This perspective led to some of the most entertaining pieces of theater and sellouts of runs of his shows The Grelley Duvall Show, Floor Show, and longer film pieces like the massive hit grelley. 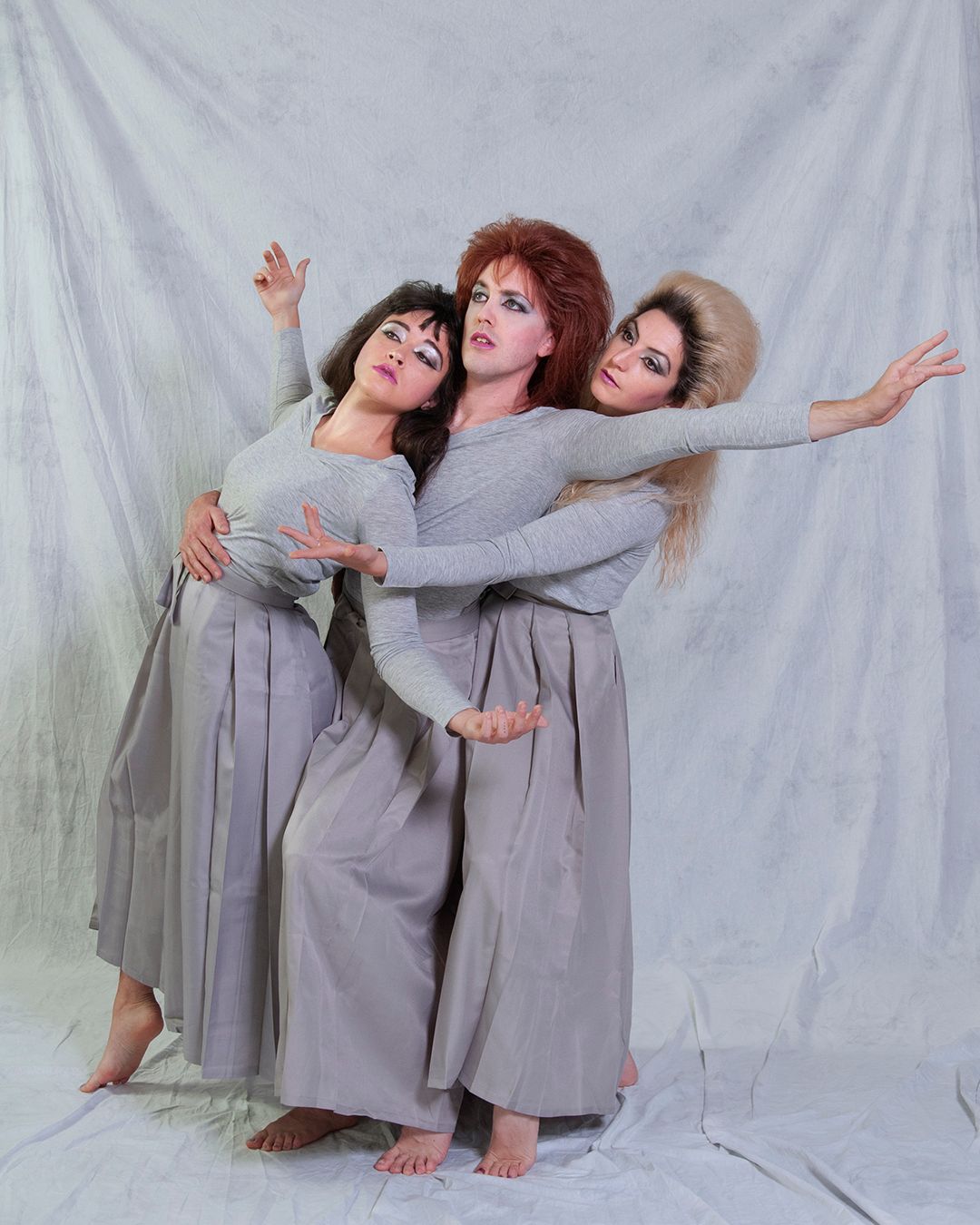