House Of Shem is an Aotearoa (New Zealand) based harmony trio comprised of Carl Perkins and his two sons Te Omeka Perkins and Isaiah Perkins who are each multi instrumentalist and producers. Formed 2005 in the rural area of Whanganui, ªTheband embodies elements of roots reggae, pacific reggae and traditional maori music with relatable song-writing that connects powerfully with not only New Zealand and Australia audiences, but reggae listeners globally attracting fans from all areas of the world.Since bursting onto the music scene with their debut album Keep rising in 2008, House of Shem has released three very successful Albums and built a rapidly growing loyal fan base.

Working with Grammy award winning engineers on two albums Errol Brown (Bob Marley, Burning Spear) and James Caruso (Damian Marley, Nas, Stephen Marley) and mixing at Tuff Gong Studios, Jamaica shows how dedicated House of Shem in presenting quality product to the world. Having obtained two Platinum and Gold albums, Carl Perkins has also been inducted into the New Zealand Music hall of fame with former band, The Herbs. House Of Shem was the first ever Reggae band in Aotearoa (New Zealand) to debut at number one on the day of release for their album & Island Vibration; 2010 also brought with it House Of Shem’s long awaited second album Island Vibration, which also achieved gold and debuted at number 1 on the charts.  Island Vibration was recorded at Auckland’s Roundhead studios.

The band enlisted the engineering expertise of the legendary Mr. Errol Brown. Brown is renowned for recording and mixing albums with the best in reggae music including Bob Marley & The Wailers, Burning Spear and Third World and has worked on Grammy award winning albums by Damian Marley, Julian Marley and Lauren Hill. Island Vibration was then mixed at Bob Marley’s own Tuff Gong studios in Jamaica by Errol Brown. Guest musicians include Spencer Fusimalohi a founding member of ‘Herbs’ who provides lead guitar on the title track ‘Island Vibration’. Koro Ben Tawhiti, a well respected Maori entertainer also plays steel guitar on the title track. Mr. Peihana Tahapehi, a longtime friend and multi-instrumentalist plays lead guitar on tracks ‘Move Along Together’ & ‘Not Gonna Run’. Ruia Aperahama, one of Aotearoa’s most talented Morehu artists, a Te reo songwriter, composer and entertainer features strongly on the the reo track ‘Tahuri Mai Ra’ and plays saxophone on ‘Brighter Day’.

2011 was another big year with House of Shem winning the Maori Music artist of the year, the same award they were nominated for in 2009. This year also saw the band nominated for Roots album of the year at the Tui awards; New Zealand’s most celebrated music industry awards.  Over the last couple of years the band has extensively toured New Zealand and abroad. House of Shem have forged a successful name Australia with 45 shows in 5 tours and having played in 6 of the 8 states to crowds of 1000+. One such festival being Ragamuffin in both Australia and NZ, where they have played alongside reggae greats like Lauren Hill, Sly & Robbie and Shaggy. Australia just can’t get enough and House of Shem are already booked to go back in July for a 20 day cross country tour.  House Of Shem have become a regular fixture at annual NZ festivals such as Soundsplash, Parihaka PeaceFestival, One Love, Parachute Festival and headliners for Big Day Out, Raggamuffin and Exodus. House of Shem have also had four songs featured on the best-selling Conscious Roots compilations. The band is in high demand in New Caledonia, The Pacific Islands and Australia. They have also forged a loyal fanbase not just in New Zealand’s main centers but also in the smaller rural communities. This is reflected by House of Shem being the second highest played act on Iwi (local Maori Tribes) radio across New Zealand. House of Shem have recently released a collaboration with top 5 chart toppers Big Mountain.The song, “Hard Road”, is cross-cultural expression of the struggles that both Maori and Native American tribes have faced.

The House of Shem experience is an unforgettable occasion – a rare mixture of power and beauty. This band’s incredible tightness, heavenly harmonies, conscious lyrics and blend of traditional and contemporary reggae styles will leave you spellbound. 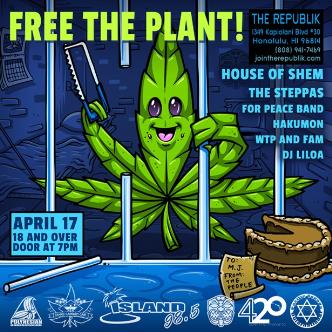