Fitz and The Tantrums

Multi-platinum artists Fitz and the Tantrums have quickly grown from independent upstarts to bonafide hitmakers. The LA-based band recently released their much-anticipated, fourth full length album “ALL THE FEELS,” featuring singles “123456” and “I Just Wanna Shine.” “ALL THE FEELS” follows the band’s 2016 release “FITZ AND THE TANTRUMS,” which spawned the group’s biggest hit to date, “HandClap.” The RIAA-certified 2x Platinum single has logged more than 400 million global streams, went top 5 on both the Hot AC and Alternative Radio charts, and also enjoyed major airplay across the country at Top 40. The band has brought the infectious energy of their live shows to the small screen, with nationally televised performances of “HandClap” on ABC’s “Dancing With The Stars,” “Good Morning America,” and “Jimmy Kimmel Live!,” NBC’s “TODAY,” “Tonight Show Starring Jimmy Fallon,” “America’s Got Talent,” and Macy’s Thanksgiving Day Parade, and the syndicated “Ellen DeGeneres Show” among others.

Fitz and the Tantrums’ eponymous album followed their breakout major label debut, “MORE THAN JUST A DREAM,” which featured back-to-back Platinum-certified, #1 Alternative Radio singles in “The Walker” and “Out Of My League.” Both singles also enjoyed Top 15 success at Hot AC. The band has performed countless, sold out headlining shows and is always a standout at music festivals around the world, including Coachella, Bonnaroo, Lollapalooza, Austin City Limits, and more.

A fever dream in sonic form, St. Paul & The Broken Bones’ new album The Alien Coast represents the most adventurous and original output yet from an ever-evolving musical powerhouse. In a profound shift for the Alabama-bred eight-piece—Paul Janeway (vocals), Jesse Phillips (bass), Browan Lollar (guitar), Kevin Leon (drums), Al Gamble (keyboards), Allen Branstetter (trumpet), Chad Fisher (trombone), and Amari Ansari (saxophone)—the band’s fourth full-length and first for ATO Records strays far from the time-bending soul of past work like their 2014 debut, arriving at a convergence of rock & roll, R&B, psychedelia and funk. At turns explosive, elegant, and unhinged, that sound makes for a majestic backdrop to St. Paul & The Broken Bones’ visceral exploration of the strangest dimensions of the human psyche.

Produced by Matt Ross-Spang, The Alien Coast is the first album St. Paul & The Broken Bones have ever recorded in their hometown of Birmingham. In creating the ultra-vivid dreamscape threaded throughout The Alien Coast, the band’s chief lyricist drew inspiration from such disparate sources as Greek mythology, dystopian sci-fi, 17th century Italian sculpture, and colonial-period history books.

A dollar per ticket from this event will be donated to Diversify The Stage, a social impact organization supporting underrepresented communities & next generation leaders looking to break into live entertainment and production careers.

Children 12 and under are FREE ( + do not need a ticket )! Glass, pets, & outside alcohol are prohibited. Blankets and food are permitted. All events are rain or shine. All dates, acts, and ticket prices subject to change without notice.

COVID-19 Safety Guidelines
+ We will be following all State of Vermont Health guidelines and mandates.
+ Per Governor Scott’s ‘Vermont Forward’ guidance, masks are encouraged, but not required.
+ The Green at Shelburne Museum is a large general admission sloping lawn with ample room for physical distancing. Folks who want more space are welcome to spread out on the back half of the lawn.
+ Please exhibit mutual respect and kindness for your neighbors.
+ Stay home if you're sick or have been in contact with someone who tested positive for COVID-19. 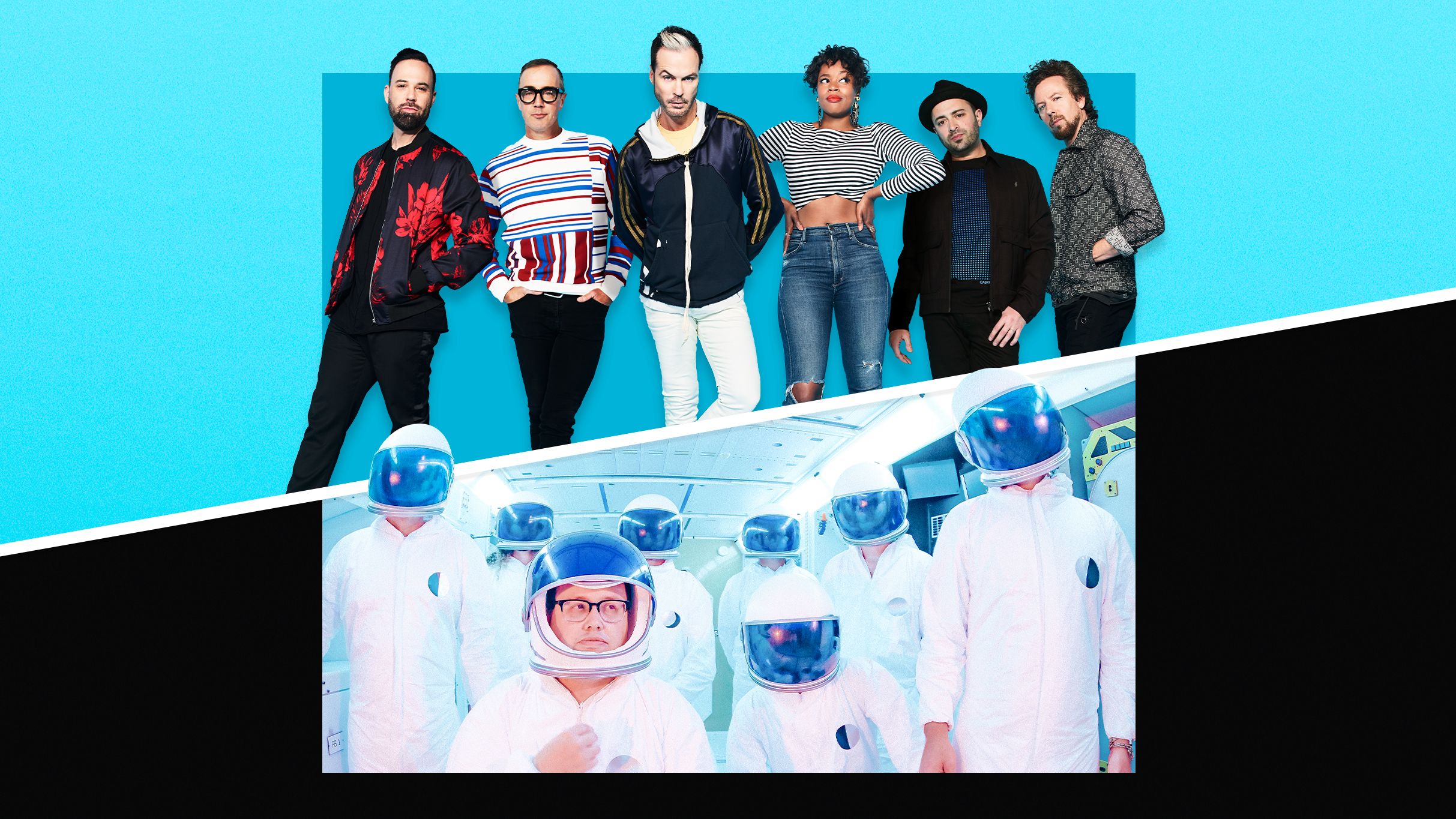 Fitz and The Tantrums / St. Paul and the Broken Bones