For the safety of our guests, staff and performers, proof of full Covid-19 vaccination is required for entry to White Eagle Hall. Proof may be provided via displaying your vaccination card physically, digitally or via a photo. Thank you for your cooperation. Please note that the information on your proof of vaccination must match with your ID.

When Kathleen Conwell Collins (1942-1988) was just a teenager growing up in Jersey City, she was already featured in The Jersey Journal several times for her activism and volunteer work around the country and around the world. She excelled in everything she did. While studying in Paris, she discovered her love for cinema. Collins's most well-known film LOSING GROUND was one of the first feature films to be directed by an African American woman. And this year, Collins was posthumously awarded the inaugural Icon Tribute at the Gotham Awards. When she died in 1988, she was just 46 years old.

March 2022 would mark her 80th birthday. Come celebrate the 40th anniversary of the release of the groundbreaking motion picture LOSING GROUND (1982) and Collins's birthday with us! 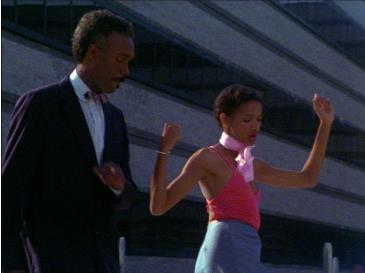 Show Map
View 337 Newark Ave, Jersey City, NJ 07302 in a larger map
We use cookies to provide you with the best experience possible. By using See Tickets, you accept our cookie policy.
Accept
ftr1:0