at The Hamilton Live

For any wheelchair or ADA needs,please contact the Box Office in advance of the performance at (202)-769-0122.

New Year’s Eve, 1998, you’re walking along the Potomac River waterfront just before midnight. A mist is coming off the river, cars whiz along the Whitehurst Freeway standing thirty feet in the air, the cries of revelers rise from the nearby streets of Georgetown, but what calls to you is a rumbling beat, bass lines reverberating nearby. You trace the sound to an unassuming two-story building huddled under the elevated highway.

You go inside and find a five-hundred person frenzy, people dancing with abandon to a distinct go-go beat, traces of New Orleans funk rhythm, all writhing, jumping, losing and finding their minds in perfect sync with the six-piece band on stage. You’ve stumbled into an Everything show, the final performance at The Bayou, Washington, DC’s iconic venue.

Everything was a fitting choice to close out the near-50 year run of The Bayou. Native sons of Virginia, having formed ten years earlier at James Madison University, the band’s home turf was Washington DC. Riding the high of the commercial success of their fourth album, Super Natural, this was a leave-it-all-on-the-dance-floor send off for the club, and leave it all they did.That was an Everything show in a nutshell: the band did whatever it took to give people a night to remember. Their shows were a funky chaotic mish-mash of guest musicians, orbiting the rhythm section of Nate Brown and Dave Slankard, dipping in and out of groove-laden jams, Craig Honeycutt’s funk rap scat, Steve Van Dam’s howling solos and chicken scratch rhythms, and a staccato chorus of horns. The shows were sweaty, elated dance-a-thons grinding into the wee morning hours, when the band would load out and climb into their box van and head to the next town.

This was not a boxy-shaped touring van with bench seats and windows. It was a real box van, U-haul style,  the sole access to the cargo space was a roller door you could only open from the outside. Inside the death can were couches, pillows, and a bunch of gear, amps and drum cases; towels hung from the walls for when the summertime temps topped 110. To say it was an intimate way to travel is to rely heavily on nostalgia. The was dues paying at its best.

Although they would later graduate to tour buses and air travel, their camaraderie translated to how the bandmates lived, as well. Whereas some groups come off the road and scatter to their individual domiciles, Everything lived as a family, at a hill-top farm house in the idyllic rolling hills of Rappahannock County. Barely a neighbor in sight, the place ensured that Everything was everywhere. The common areas downstairs at the Everything house was their rehearsal studio, except during their legendary parties when the entire place became a performance and dance space.

Across the verdant glen from the band house was a log cabin, hand-hewn logs and clay-mortar chinking, where their manager lived on the first two floors, while the third was dedicated to the management office and HQ of their merchandise business. As bootstrapped as the entire enterprise was, it grew into self-sustaining maturity. The lives of the band and their manager, Randy Reed, were dedicated to spreading the culture. The music and live experience through touring, and the material musical culture through T-shirts, CDs, artwork, videos, posters, glassware, all emblazoned with their unmistakable e: logo.

Oh, and the stickers. Arguably the most publicly ubiquitous branding sticker of the mid-90s through the Central mid-Atlantic, the e: showed up everywhere. Street signs, phone booths, newspaper boxes, car windows and bumpers, motorcycle helmets, light poles and street signs. Fans would circle the globe taking (pre-selfie-era) photographs of themselves wearing Everything garb, giving the e: a worldwide reach from the Great Wall of China to the Pyramids of Cheops to Machu Picchu.

As much as it was an enigma in the age of Google, the Everything name encompasses the essence of the band perfectly. The music is an eclectic blend of pop, funk, rock, Americana, and soul, and it carries the message of what is universal about music. Aspiration. Movement. Elevation. Unity. It comes through in the lyrics and it embodies the experience.  Really, it’s all about the Love. 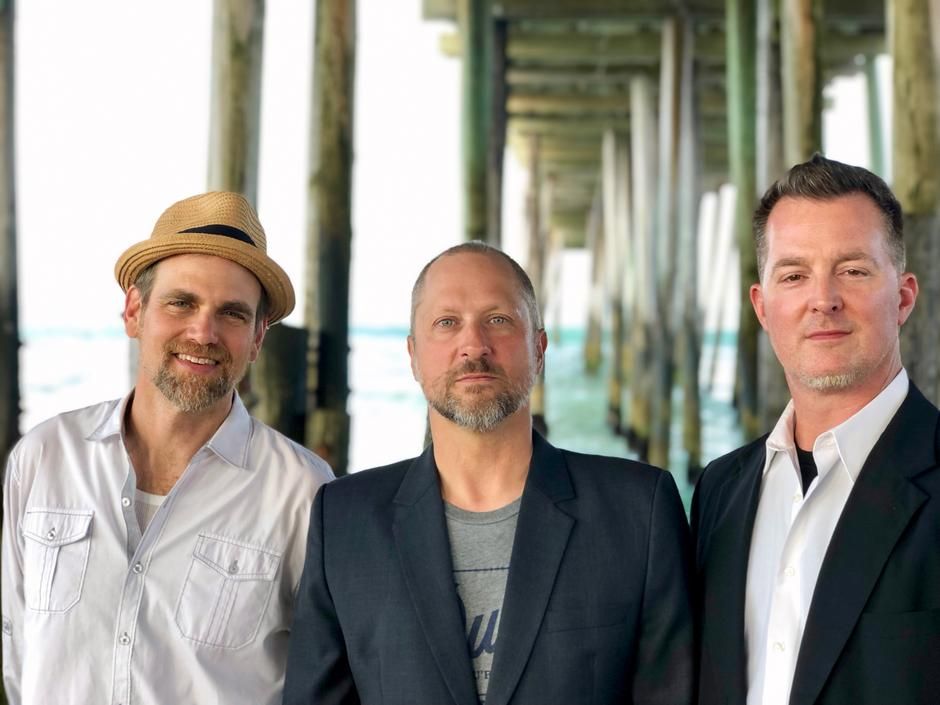