Erin Smith is a singer, guitarist, violinist and a fashion andmusic writer for the Honolulu Star Advertiser.

Blessed with a striking stage presence and a powerful voice,singer-songwriter-guitarist Erin Smith leaves a lasting impression. No one everforgets the first time they hear her, she's a cosmic and infectious dynamismthat paralyzes your being and keeps you thirsting for more. Her powerful voiceis a force to be reckoned with and at any time she can belt out a tune thatoften drives comparison to Adele, Florence & The Machine, Alicia Keys,Chrissy Hynde from the Pretenders and Karen O from the Yeah Yeah Yeahs.However, make no mistake, there is only one Erin Smith and she will rock you.

Growing up in a large musical family in Canada, Erin spent herchildhood singing, performing and learning violin & guitar. Aftergraduating from York University in Toronto (theater and art history), Erinbegan performing in Canada and the States alongside notable acts (Feist, Teganand Sara) and was quickly asked to perform at major Canadian festivals, namelyNorth by Northeast and Canadian Music Week.

After relocating to Maui, Erin formed pop/rock-punk darlings TheThrowdowns and they instantly dominated the local charts with their anthem"Kihei Town" and reggae classic "Stay HI" featuring MartyDread. Since their formation in 2009, the group released two albums, have beennominated for three Na Hokus Hanohano awards (Hawaiian Grammys), and performedwith national acts; The Fray, Train, Matisyahu, Bad Brains, The English Beat,Panic at the Disco, 311, Steel Pulse, The Dirty Heads and many others.

But Erin was determined to identify herself outside of her bandas a solo artist and in the winter of 2012, Smith received an opportunity totravel to Montreal and record a solo album at Mixart Studio, where manycritically acclaimed albums have been created (including Arcade's Fire'scritically acclaimed album "Funeral"). Conversely, it's her new soloalbum that allows her to showcase a more indie-rock, vulnerable and torchsound. The album, named "American Boys" is set to be released in 2014with the single of the same name. 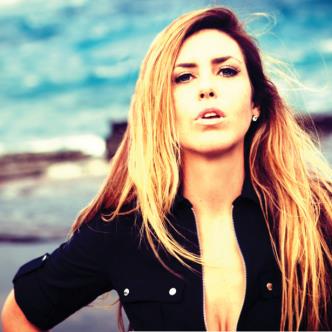