25-year-old Elliott Skinner is a Texas-raised, Brooklyn-based artist whose multi-faceted approach to folk and soul music has taken him through what is already a highlight reel of a career in a relatively short amount of time. Skinner’s talents include singing, songwriting, guitar, bass, producing , and arranging, which he’s synthesizing into a burgeoning solo identity. Often writing from a first-person point of view, his vulnerable lyricism tells an emotional story that transports listeners to a place of ethereal nostalgia. Skinner got his start with the vocal trio Thirdstory in 2015 and the group racked up millions of plays on YouTube and Spotify, recording and touring with acts such as Chance the Rapper, Tori Kelly, Yebba, and Jon Batiste. In 2018, they released their debut album, Cold Heart—produced by Grammy-winner Malay Ho (Frank Ocean, Zayn, Sam Smith). In the last year, Skinner has opened for singer Kevin Garrett, Anthony Ramos, and Kamasi Washington. He has also performed on Saturday Night Live; The Late Show with Steven Colbert; and Ellen. A special moment includes a feature performance accompanying Chance the Rapper on the 2019 BET Hip Hop Awards. Skinner is ready to build on the momentum only hinted at in his previous work. Continuing to experiment with a variety of artists, themes, and sounds will continue to evolve and define sound as he takes his solo output to unexpected places and works towards a full project in 2021.

New York based composer and multi-instrumentalist, Matthew Jamal, has a vast musical palette drawing inspiration from folk, eastern and western classical music, jazz, and gospel to name a few. He released his debut EP, Itinerant, in 2020 which featured improvisational music using only the sounds of his double bass and voice. His latest single "Something More Than This" (feat. Lau Noah), is out now on all streaming platforms. 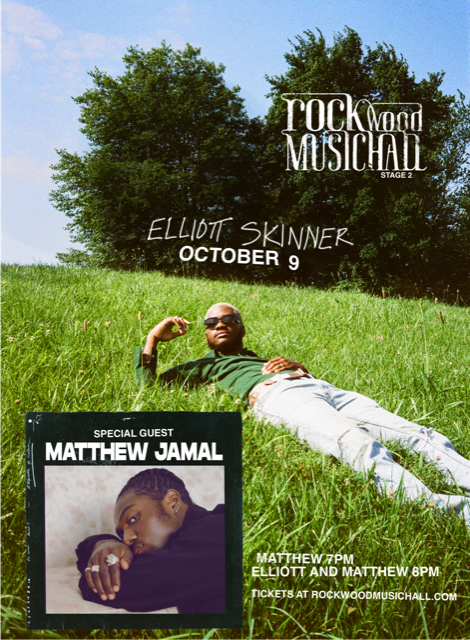