Ellen Karis is the “Greek Goddess of Comedy” having performed stand-up comedy all over North America alongside such notable comedians as Drew Carey, Jimmy “JJ” Walker and Sebastian Maniscalco. The entertainment industry has hailed her as the “little dynamo” given her petite stature, strong improv skills and ability to build a quick rapport with any audience. Born and raised in NYC in a traditional strict Greek home, her brand of sarcastic, observational humor has been described along the same lines as comedy legends Joan Rivers and Richard Lewis. Her jokes about her marriage and family, trying to make it in show business against all odds, addiction to sweets and the absurdities of the ever-changing pop culture, youth obsessed world we live in, are relatable to any crowd type, Her hour comedy special “By the Way, I’m Ellen Karis” received rave reviews. She has built up a long resume of Corporate and Private Events due to her ability to be clean, not offensive, office appropriate and still hilariously funny.

Ellen is incredibly popular in the Greek-American community being one of the few Greek female stand-up comedians performing today. She has traveled all over the US and Canada with her Greek themed stand-up show performing for Hellenic Organizations and Churches. She nails the nuances of life as a Greek-American right on the head and in a way that is relatable to all ethnicities.

As an acclaimed actress, Ellen has worked in TV, Film and Theatre. She has featured role as a waitress the past several seasons in Amazon’s “The Marvelous Mrs. Maisel”, as well as appearing in Martin Scorsese’s “The Irishman” Marvel Comics Netflix Show “The Punisher”, Showtime’s “Billions”, NBC’s “Blacklist”, HBO’s “Sopranos” and the Tina Fey/Amy Poehler feature film “Sisters”.

Starting her career as a CPA with an MBA in Finance, she parlayed her quick wit and job experience on Wall Street to become a humorist on many of the cable news shows, as well as a frequent guest on talk radio and Sirius XM. 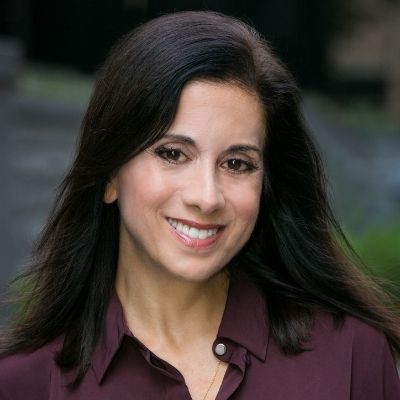