Multi-instrumentalist, singer and songwriter, Elise Carver is a force to be reckoned with.  Elise grew up in Tucson, Arizona as one fourth of a musical family.  As her mother was a classical pianist turned dinner theater entertainer, Elise's first job consisted of playing drums in the pit band for rambunctious, touristy, welcome-to-Arizona style dinner theater musicals.  Elise then moved to Boston to study classical voice at Boston University, earning her Bachelor of Music degree in vocal performance.  Trading in her operatic voice for something a little more edgy, Elise moved to LA to pursue a career in music.  Over the years, Elise has performed all sorts of genres in all manners of ensembles, including: singing soprano with the renowned Tanglewood Festival Chorus for several seasons, singing with the Boston Pops, playing violin in an Andean music group, performing mariachi music in her hometown of Tucson, and performing with an LA rock and blues cover band known as the Saboteurs.  Elise released a self-titled EP in 2009 and is currently working on the tracks for her next album.
elisecarver.com
FB: @eliseackermanncarver
IG: @elisecarvermusic

Taj Jegaraj, Akemi Osajima, Sarah Wilson, and Nathan Kersey Wilson met in 2011 through UCLA Medleys, a community service-based a cappella group at UCLA with the motto of “Love for People, Love for Music.” This idea and the vibrational connection that formed during their time in Medleys became a cornerstone of their friendship and the foundation of what would later become Mystic Tiger.

They went separate ways after college - Sarah became a kindergarten teacher; Taj studied voice in Europe and sang on a traveling pirate ship anti-capitalist stage show; Akemi mobilized voters at political nonprofits in the Bay Area and LA; and Nathan played as a sideman for tons of different bands. Yet they kept in touch across the distance, reuniting when they could for holiday parties, jam sessions and New Year reflection gatherings. Sarah and Nathan got married (!!!) and sang together as a duo.

In 2017, as political events drove greater urgency into movements for social and ecological justice, the four of them began to turn inward, searching for ways to fully express their creative selves in service of societal healing. They also realized that this search would be much more fun, and fruitful, if done in community. So in February of 2018, after a particularly inspiring Medleys alumni retreat, they decided to make a commitment to get together one evening a week at Nathan and Sarah’s place, creating the space and time to deepen their friendship and explore their creativity. This simple practice was the source of everything that came later. They spent a year cooking delicious healthy dinners together, inventing hilariously weird theater games, making up stories one word at a time, learning about tardigrades and consciousness, meditating, having “ambient a cappella jams” (basically just making bizarre sounds), going camping, and discussing how creativity and friendship can transform oppressive cultures and systems. They wrote about the world they each envisioned, then created a collective vision board with foundational ideas and phrases for a more loving, joyful and nourishing society, setting the intention to live this vision together in the present.

It was during this time of creative expansion that they started to write their own songs based on their personal journeys of suffering and healing, and rediscovered the joy of singing together in 4-part harmony. “Love for people, love for music,” had been reborn, and Mystic Tiger emerged as a new incarnation of their original group, with the same intention of opening hearts, healing pain, and resounding a new world vibration.

In March of 2019, after more than a year of songwriting, visioning, and deepening in friendship together, Mystic Tiger held their first show at Sarah and Nathan’s apartment for twenty close family members and friends. It was a raw and intimate group journey, complete with guided meditation, storytelling and of course a dance party afterward.

Over that year, their shows, described as “an amazing experience; more than a performance”  grew to include a bigger and bigger community in Los Angeles, Santa Cruz, and the Bay Area. Their performances are an offering of love and an invitation to both embrace inner healing for oneself and imagine outer healing for our greater world, and realize how these are one and the same. Their shows are always donation-based, to embody the gift economy of a more beautiful world.

On Earth Day of 2020, Mystic Tiger released their first single, “Third Eye of the Tiger,” which was followed by an EP of the same name on November 6th. Nathan produced the EP and Akemi painted the cover art. Through their releases, they are symbolically extending their hand to the whole world to step into their collective vision of love, liberation and creative expression. 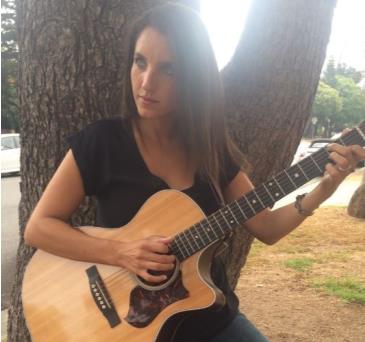