Modalogic Group at The Terrace

Four albums, countless performances around the globe, and outside production work-including tracks for the Beastie Boys, Linkin Park, Swollen Members, Defari, Planet Asia and co- production on Kanye West's debut album College Dropout which earned him a Grammy, Evidence gives his fans a taste of his talent on his debut solo album The Weatherman LP (ABB Records). 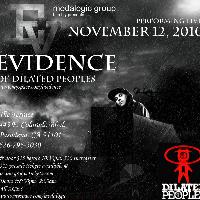