Dustin Saylor is a Northern California Country Singer Songwriter. 2019 was a highlight year for Dustin Saylor. In 2019 Dustin Saylor performed at Country Summer, Northern California's biggest country music festival. Saylor also opened for Drake White, toured the Midwest and had one of the busiest years to date. Fans describe his music as a mixture of Thomas Rhett, Chase Rise, Luke Combs, and Kane Brown. Saylor’s music has been said to be music that is good for the soul. In the vast ocean of County Singer Songwriters Dustin Saylor has a message and presence that draws the listener in. His voice has been described as rich and powerful. Dustin Saylor’s song writing stands out, captures the depth of emotion, all while telling a story that people can relate to. Saylor’s positive message leaves listeners feeling inspired and uplifted. 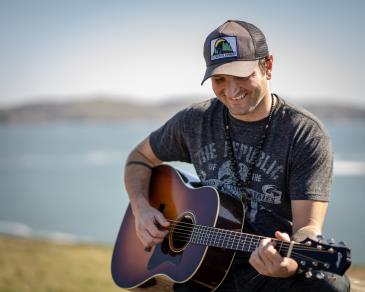