Over the past 17 years, Dumpstaphunk has earned its reputation as the most well-regarded, next-generation New Orleans live powerhouse, the type of band whose live shows attract sit-ins from legends like Carlos Santana, Bob Weir, Trombone Shorty, members of Phish and Dave Matthews Band amongst many others.
Dumpstaphunk’s founding members Ivan Neville (vocals/keyboards) Ian Neville (guitar) Tony Hall (bass/guitar/vocals) and Nick Daniels (bass/vocals) along with newest members Alex Wasily (trombone) and Deven Trusclair (drums), have built upon the Neville family’s iconic NOLA legacy, as they’ve transformed into the city’s pre-eminent 21st-century funk-fusion export, after being birthed originally from a spontaneous set during New Orleans Jazz & Heritage Festival in 2003.
The band released their 4th studio album, Where Do We Go From Here via Mascot Label Group on April 23, 2021.
"The best funk band from New Orleans right now.” - New York Times
"Dumpstaphunk has grown from a small side project into one of New Orleans' most prestigious modern funk ensembles." - Rolling Stone Magazine

Out of an abundance of caution and for the continued safety of our guests, staff and musicians, we will now require proof of negative Covid test taken 48 hours or less prior to the show or full vaccination.

NO REFUNDS | ALL SALES FINAL
Tickets:After completing your purchase on See Tickets, you will receive an email
confirmation with your attached PDF ticket(s). YouMUSTprint and bring your PDF
tickets AND VALID PHOTO IDENTIFICATION to be admitted for the eventORdownload
the See Tickets app and present your barcode ticket on your mobile device for
entry in lieu of printing.
All General Admission Tickets are Standing Room with limited seating. (Unless
otherwise noted 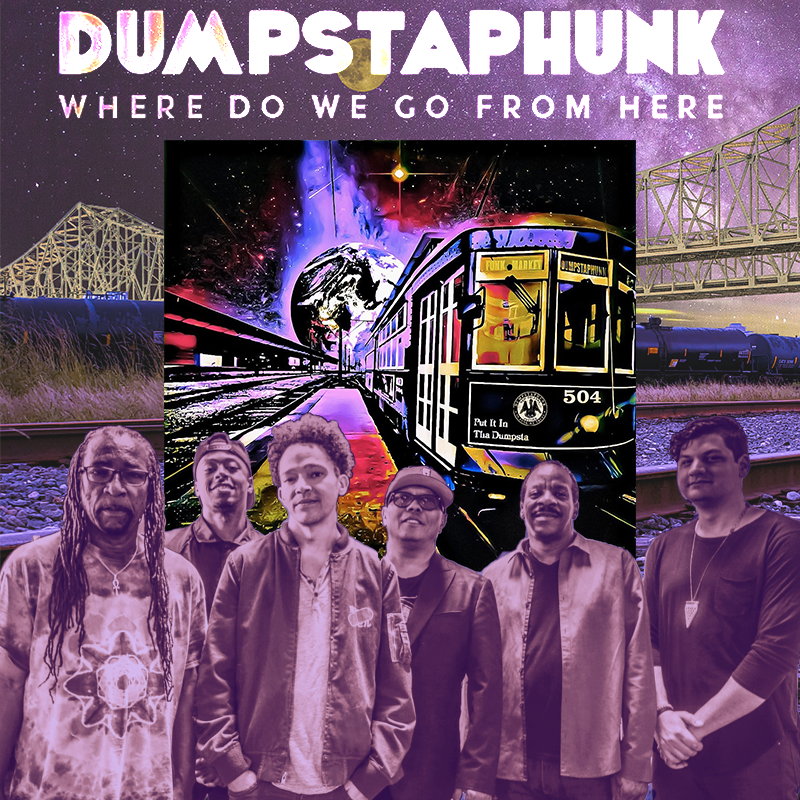