From the battle grounds to his latest moniker Dumbfoundeadin less than a decade has built a legendary history in the LA hip-hop scene. Atthe mere age of three, Park’s mother smuggled both him and his sister past theMexican border and nestled the family deeply into his Koreatown stompingground. While he grew up listening to all genres of music, the hip-hop scene inthe nineties was no doubt bustling – and  through that Dumbfoundead foundhis initial hip-hop clique that clicked and clacked from a Macarthur Parkcommunity center to Project Blowed, an open-mic workshop in south central LA.Dumbfoundead developed his skills with an exponential rise to local and evennational acclaim with everything from rap battle videos with views in themillions, spotlights on shows like Late Night with Carson Daly, and his curatorrole in one of K-town’s most happening parties: Spamneggs alongside Far EastMovement and Tokimonsta.  Dumbfoundead is also an up and coming actor withsupporting roles in Joseph Kahn’s Detention (2011) and Season 3 of Power(2016).  Most recently, Dumbfoundead released his Rocket Man EP in 2017. 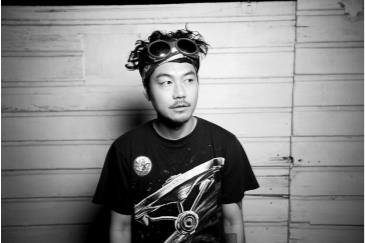