Tickets are available at the door.﻿

For Zach Taylor optimism is a calling. With a smile that hardly ever leaves his face, the 24-year-old songwriter/singer explains that the misty, shape-shifting pop music he’s made for the last few years as Dreamer Boy has been a way of accomplishing a grander aim. “I want to spread love and light and joy,” he says, matter-of-factly.
And spread that he’s done, whether on the road with friendsClairo, Omar Apollo, and Still Woozy, or on the themes of his upcoming release, All the Ways We Are Together. Dreamer Boy’s purpose has become clearer over time, and, in the spirit of unity and harmony, the Spokane-raised, Nashville-based singer and songwriter has chosen Earth Day, April 22, as his album’s release date.
On All the Ways We Are Together, Taylor and friends bask in the warm glow of pop’s past and present. Dabbling in gauzy folk, blunted disco, and the swirling neons of contemporary pop, the set is a colorful canvas for Taylor’s positivity, which only serves to make it more affecting. He’s well aware of what he’s up against in 2021—it’s easy to be skeptical of sincerity, but that fact just makes him more convinced of his aims. “People are scared of that, but a lot of people need it,” he says.
All the Ways We Are Together is an album about love. But as Taylor explains, he has a lot more on his mind than romance. While these songs are, in part, about him falling for someone, they’re also about the love we have for ourselves and the love we can show to the environment around us—as well as the revelation that, in his eyes, all of these intense feelings are intertwined.

“You have to love yourself to love others,” he says. “That internal growth is so important and I want to encourage that.”

In some ways, these songs are about extending the peace and magnanimity that he’s arrived at over the years to his listeners. Even the record’s catchiest singles are full of small encouragements and mantra-esque bon mots. The slo-mo funk track “Easier Said Than Done,” for example, begins with a gentle whisper: “Keep your head up baby, you’re doing fine.”

Growing up in Spokane, Washington, Taylor knew from a young age he’d be a performer, but not exactly how that urge would manifest. He remembers seeing his grandmother sing at family gatherings and being taken by the way she owned the room, but it was years before he’d be comfortable to do so himself. In high school, he bought a mic and took up rapping, ripping beats off of YouTube, and doing his best to tell his story. His perspective expanded when he moved to Nashville for college and met other musicians with a little more confidence in themselves and their craft. He had new reason to take music seriously while, at the same time, he was going through an intense period of personal growth—working to free himself from “toxic, immature thoughts” and allow himself to embrace his belief in positivity and joy.

“Those are the things that motivate me, but I wasn’t letting my art speak those things,” he says. “I wasn’t being vulnerable.”

Things changed right around the time that Taylor first adopted the Dreamer Boy moniker. Working with his close friend and collaborator Bobby Knepper producing and co-writing, they hunkered down for a couple years, taking all the time they needed to hone in on music that felt special and personal. When Taylor emerged with the first Dreamer Boy album, Love, Nostalgia, in 2018, it felt different than anything he’d ever worked on before. The songs drew on the warm twang of his Nashville home as well as the hearth-like glow of his good intentions and hope. You could sense his dreams of a better world swelling underneath every lilting guitar line.

All the Ways We Are Together was made directly in the wake of Love, Nostalgia, and inspired by the circumstances of that first album’s creation—back when Taylor was living with a group of friends, feeling intoxicated by the intensity of their connection. “I was feeling genuine friendship for the first time,” he admits. All the Ways We Are Together builds on that emotion by exploring a sprawling, interdependent vision of love. Recorded at Knepper’s house with contributions from friends, the instrumentals feel intimate and personal.

Listening to All the Ways We Are Together is to experience the strange rush of falling in love, ecstatic and overwhelmed, so overflowing with emotions and ideas that it can almost be dizzying. More than ever, Dreamer Boy is content to dart between sounds and styles—there’s fractured piano balladry, ghostly ’80s pop memories, hazy R&B, and gossamer folk yarns, often within just a few moments of one another.

That sonic diversity is also a way of presenting all of himself, offering connection and community to anyone who might listen. For Taylor, All the Ways We Are Together is just a part of a long road to understanding his place in the world. “We’re growing more and more into what Dreamer Boy’s identity can be,” he pauses, considering the path he’s already tread, and some far off would-be destination, and then speaks with the conviction of a true believer: “I’m loving the journey.” 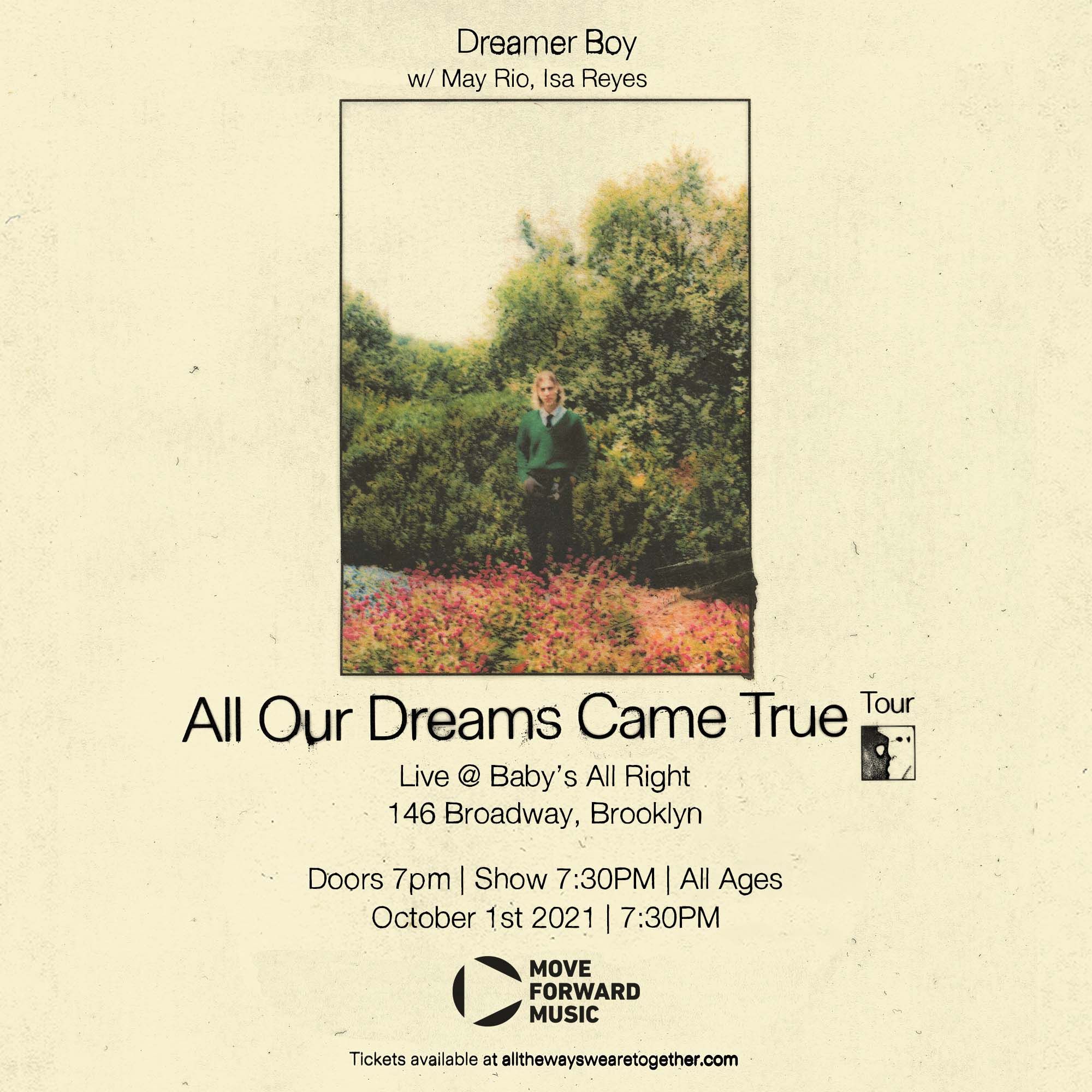