Dracula's Ball with The Crystal Method and Stoneburner at Underground Arts

About The Crystal Method

For more than two decades, The Crystal Method has remained at the forefront of the worldwide dance music industry as pioneers of the big beat genre, innovators of the ‘90s electronica movement and current-day global ambassadors of the American electronic sound. Originally formed as a duo—alongside founding member Ken Jordan, who retired from the music business in 2016—The Crystal Method today lives and breathes as a solo act, with co-founder Scott Kirkland at the helm. And with the artistic reboot comes the next chapter in The Crystal Method timeline: The Trip Home, out September 28 on the band’s own Tiny E Records.   As the sixth full-length The Crystal Method album and Kirkland’s first as a newfound solo act, The Trip Home serves as the creative rebirth of the brand. An artistic manifesto and love letter to the electronic world, The Trip Home welcomes Kirkland at the driver’s seat with full control of the reins.   For the new album, which he co-produced with Glen Nicholls, Kirkland dove deep into the decades-spanning discography of The Crystal Method. The result is a sound that revisits the roots of the classic Crystal Method aesthetic, while pushing its possibilities into the future. Equal parts throwback and dynamic futurism, The Trip Home expands Kirkland’s unrestrained curiosity into new realms and new sounds.   To perfect this fine balance, Kirkland took a back-to-basics approach, which saw him firing up his arsenal of analog synths and reconnecting with his collection of vintage gear. The lead single “Holy Arp” captures this calculated formula perfectly: A brooding intro of darkly tinged bleeps and bloops slowly builds the song’s tension before it pours into a bed of chunky synths, distorted reverb and alien sounds.   It was “Holy Arp” that gave Kirkland the first flashes of the cohesive sound that would shape The Trip Home.   “As soon as I got that track going, I knew I had found the direction for the new album,” Kirkland says. “It reverberates with the sound of Crystal Method classics like ‘Name of the Game’ and has some of the gnarliness of ‘Vapor Trail.’ It’s an angry, ballsy, bombastic trip down the inner workings of the vintage ARP 2600 synth.”   Elsewhere, the emotional ballad “Ghost in the City”—co-produced with electronic artist/producer Le Castle Vania—is a narrative-driven electronic dream that floats through dark clouds and shredding guitars, while singer-songwriter Amy Kirkpatrick delivers an angelic and touching vocal performance. “   “There’s a Difference,” a reimagining of the track “Difference” off The Crystal Method’s 2014 self-titled album, is a full-on alt rock hybrid that mixes melodic electronics, pulsing bass, punching live drums and riveting vocals from singer Franky Perez.   Collectively, The Trip Home pieces together the fundamentals of The Crystal Method’s storied past while adding new, unexplored elements for a cohesive, unique sonic experience that’s as diverse in sound and style as it is anthemic and driving.   “I wanted to create a concept album of sorts,” Kirkland says, “a project that speaks to what’s going on in my life right now and a vision that also brings The Crystal Method sound forward and shapes it in a new way. I’ve been enjoying the idea of making an album like our debut album Vegas, where every song is different. Every song has a different BPM, every song has different emotions, every song has different elements.”   The Trip Home also serves as Kirkland’s message and reaction to the grandiose excess of today’s EDM scene. Where the genre constantly offers tired and recycled noise, Kirkland answers with an album built on organic sounds, a wide emotional range and, ultimately, real music.   Forged from analog synths, recorded through vintage Moog and Electro-Harmonix pedals and mixed through Sound City’s Neve console—not the same one used on Nevermind; Dave Grohl has that one—The Trip Home is a warm embrace of organic electronic music. The natural noise of analog gear is part of the sound. “I’m always looking for just the right amount of wrong,” Kirkland says. “I’m really proud of all the collaborations and incredibly talented artists who contributed to The Trip Home. I wanted to make a timeless album that sounded great and that conveyed an emotional narrative and a strong appreciation of the album format.”   The Trip Home will be released as The Crystal Method celebrates two massive milestones in 2018: 25 years on the music scene and the 21st anniversary of Vegas, the band’s debut studio album. It is the latest installment in The Crystal Method’s lauded discography, which includes the platinum-selling Vegas; Tweekend (2001); Legion of Boom (2004) and Divided by Night (2009), both of which received Grammy nominations in the Best Electronic/Dance Album category; and The Crystal Method (2014).   Most recently, Kirkland wrote his first-ever film score for the 2017 documentary Hired Gun and wrote the theme song for 3 Below, the upcoming TV series from Academy Award winner Guillermo del Toro, which debuts on Netflix this fall.   “The Trip Home refers to my long journey: all these places where I’ve been able to go, the experiences that come with it, the distances I’ve traveled,” Kirkland reflects. “It’s the journey back to all the things that got me here—the touring, the music, the fans—and keep me here. But there’s always home. At the end of it, I go home to my family, I go home to my studio, and then I go back out. It’s a circle. I tried to capture all this in an album.”

Stoneburner is steeped in sci-fi themes and is inspired by many of the otherworldly fiction Archer likes to read and the accompanying videos for each song that Archer self-produces are mired in these themes as well. The project’s name is taken from a weapon from the science fiction novel Dune; Archer’s once guiding light for the project was seeking to answer the question, “What would dance music on Dune planet Arrakis sound like?”

The new album, Apex Predator, takes a different turn in perspective for Stoneburner, becoming more personal and internalized for Archer. He says, “For this album, I decided to write music that I feel addresses the ways modern industrial music falls short. Focusing not on dance floors and clubs but writing songs with intelligent lyrics that speak to the human condition, both in general and based on my own personal experience.”

Apex Predator is set to be released by COP International Records in 2021 and will be produced by the lauded John Fryer whose production credits include Depeche Mode, Nine Inch Nails and Love & Rockets. Fryer also acts as COP International’s A&R agent. The album will be a follow-up to Stoneburner’s last self-released LP Technology Implies Belligerence. Says Archer of that release, “It was the industrial record that I have been promising myself I would make for my entire life."

In the past year, the inexhaustible creative has produced 3 EPs, a mini full-length of original Stoneburner material, two records of instrumental soundscape tracks, and three EPs of covers, along with 15 videos—and looks forward to bringing this same level of creative output to his new relationship with COP International.

In addition to his music works, Archer has also made a career in fine art and commission works as well as writing, including crafting an illustrated version of Edgar Allen Poe's "Masque of the Red Death," which is on the preliminary ballot for the Stoker Award category for Excellence in a Graphic Novel. As well, he wrote a children’s book called Luna Maris and can be found selling his artwork at shows when on tour.

Stoneburner has toured with Voltaire and Archer has worked with a range of contemporaries on remixes, including Information Society, Primitive Race, The Last Dance, Angelspit, I:Scintilla, The Cruxshadows, Noir, Gentleman Junkie, Lame Immortelle, Helalyn Flowers, Black Tape For A Blue Girl and Inertia. In 2014, he was commissioned by NASA to write a score for a promotional video for their “Bennu” program and his ongoing work has also been used in a number of films and documentaries.

Of the label signing, Archer says, “I am very excited to sign to COP International Records. I’ve been in this game a long time and I really appreciate how forward-thinking the label is — they are running their business exactly the way I would in the current climate, focusing on developing a small group of quality and hand-picked artists. I’m very proud to be among that group!”

COP International Records Founder Christian Petke adds, "I'm so thrilled to have Stoneburner on our roster. Steven inspires me as it feels he has picked up the torch for industrial music's origins, a time when the genre's lineage to punk was apparent and bands really took a stand. The events of the last year have brought us full circle and Stoneburner has used that as creative momentum, combining the raw noise and anger of industrial music with lyrics that speak of a world that is rather dark and ever-shifting, real, and sometimes outright scary. There is a burning passion in his heart and music and I find that incredibly attractive. I can’t wait to see what Steven and John Fryer cook up together, but know it will be something that will hit you like a ton of bricks." 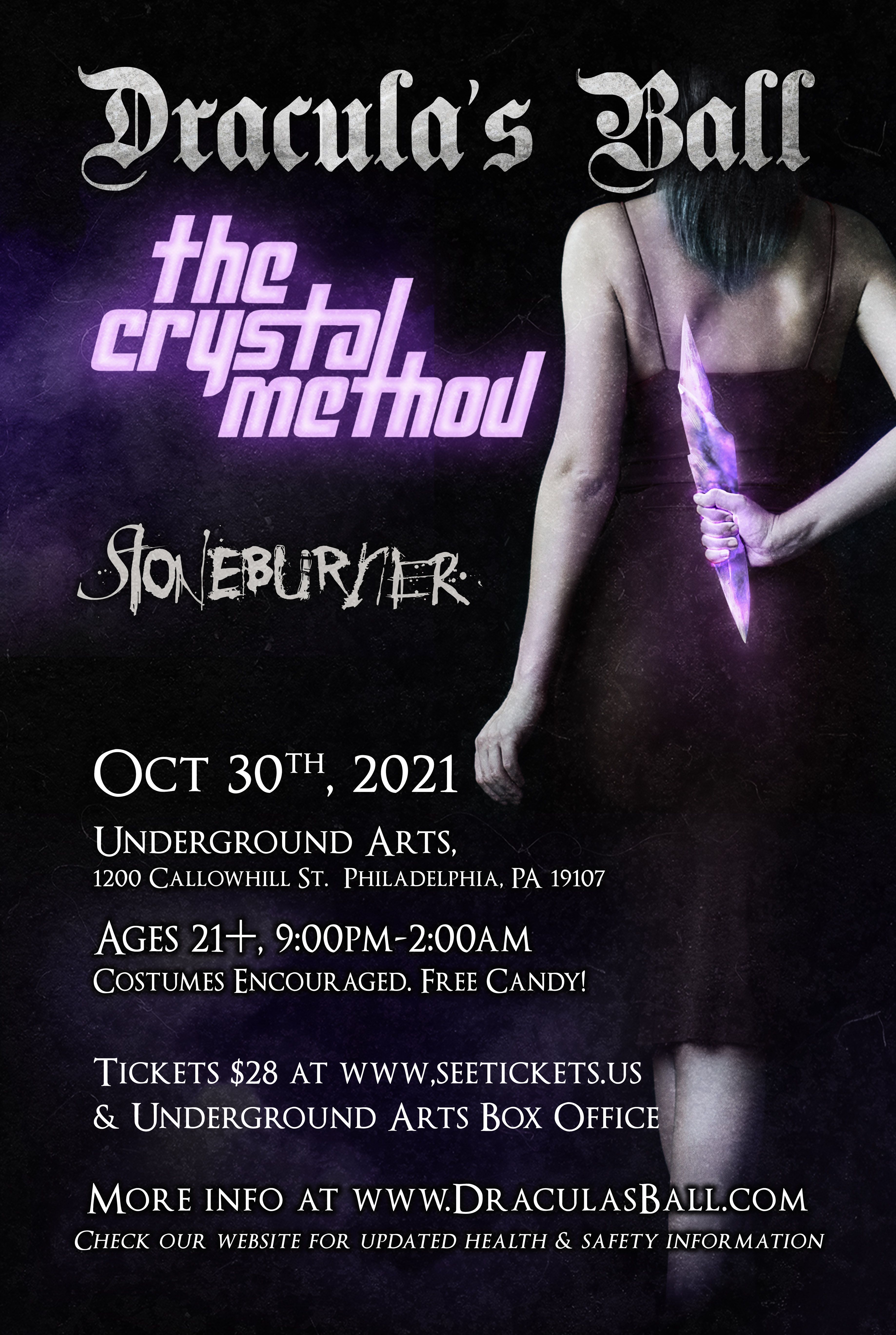