With their debut album Collector, the Wisconsin-bred alternative rock outfit DISQ seemed to have everything required to take the world by storm. They had the full support of revered veteran indie label Saddle Creek. They'd received favorable notices from outlets such as the NME, the Guardian, and Stereogum. They had an energetic live show which was sure to convert a sea of devotees, and an international tour booked to prove it. Most crucially, they had an album of winning and memorable rock songs, polished to a fine sheen by legendary producer Rob Schnapf. You could not fault these five fresh-faced youngsters for betting it all, but their big mistake was one that no musician could have seen coming : their release date, March 6th, 2020. Within days, the world Disq was poised to conquer ceased to exist.

Undaunted by a storm of misfortunate which would have crushed a lesser band, Disq now returns to take what is rightfully theirs, with their sophomore effort Desperately Imagining Someplace Quiet, a record which reaffirms the charms of Collector while pushing the sound and dynamic of the band in exciting and unexpected new directions. Rather than splintering and surrendering to their cursed circumstance, Disq has emerged a stronger band, more daring and more defiant, ready to finish the job. It is fitting that the clever backronym effectively makes this the band's self-titled album, as it introduces the public to a new Disq, a band both seasoned by experience and newly invigorated toward vivid new heights.

Though initially formed as an extension of the lifelong friendship between guitarist Isaac DeBroux-Slone and bassist Raina Bock, Disq has evolved into a far more democratic and egalitarian organization, as Desperately Imagining Someplace Quiet finds guitarists Logan Severson and Shannon Conor splitting singing and songwriting duties with the aforementioned DeBroux-Slone and Bock. Such an approach could have easily fallen into the trap of “satisfying everyone, pleasing no one,” resulting in committee-approved music devoid of any personality or rough edges, but happily, the opposite is true.

Pushing play on Desperately Imagining Someplace Quiet, it is easy to imagine that it is the year 1998, and your cool older sister has returned from her freshman year at college only to hand you the sort of mind-altering mixtape out of which lifelong rock fanatics are born. It is the sort of record Beck might have made in his prime, if you swapped out the hip-hop and delta blues of Odelay for midwestern emo, Scottish power-pop, and the sort of all-American indie that functions as “classic rock” for this cherubic cohort.

A song such as “Prize Contest Life” initially scans as a straightforward and easygoing pop treat, only to take a startling detour into the sort of cacophonous noise jam on which Yo La Tengo made their name. Rousing opener “Civilization Four” introduces itself with a dizzying collage of bells and whistles, before a spoken sample helpfully announces “music,” and the band lurches into a glam-grunge riff with enough Stones-y swagger to earn a place in the next Scorsese soundtrack. On understated closer “Hitting a Nail with a BB Gun,” Bock sounds like Kurt Vile fronting Supertramp right when the edible hits. In between, there are heartfelt rock anthems (“The Hardest Part”), acoustic lullabies (“Meant to Be”), and yearning alt-country gems (“If Only), to name just three of the detours along Disq's winding road to long-deferred satisfaction.

Wrangling a melange of styles such as this is no simple task, but the record is held together by the powerful yet nimble rhythm section of Bock and drummer Stu Manley, whose muscular and hyperactive playing alternately keeps these adventurous compositions tethered firmly to the Earth and sends them soaring into stratosphere. Producer Matt Schuessler (the recording engineer of Collector making the most of his promotion) rarely lets a verse or chorus go by without adding some new sonic sparkle, keeping the arrangements an ever-shifting kaleidoscope of textures and moods. If there is a record in 2022 which squeezes more ideas into 41 minutes, then that record could surely only be the unlistenable mess that Desperately Imagining Someplace Quiet avoids becoming so deftly.

Things being how they are in the world today, the idea of finding “someplace quiet” feels like an increasingly remote possibility, and the act of imagining such a place does, indeed, feel more and more desperate. Listening to Disq navigate the myriad twists and turns of their new album can feel akin to an attempted processing of our endless poly-crisis, where each new catastrophe and atrocity jostle for position at the top of the timeline. With their new album, Disq take a valiant stand against the temptation of complacency. As for that “someplace quiet?” It will have to wait... it's about to get loud in here. 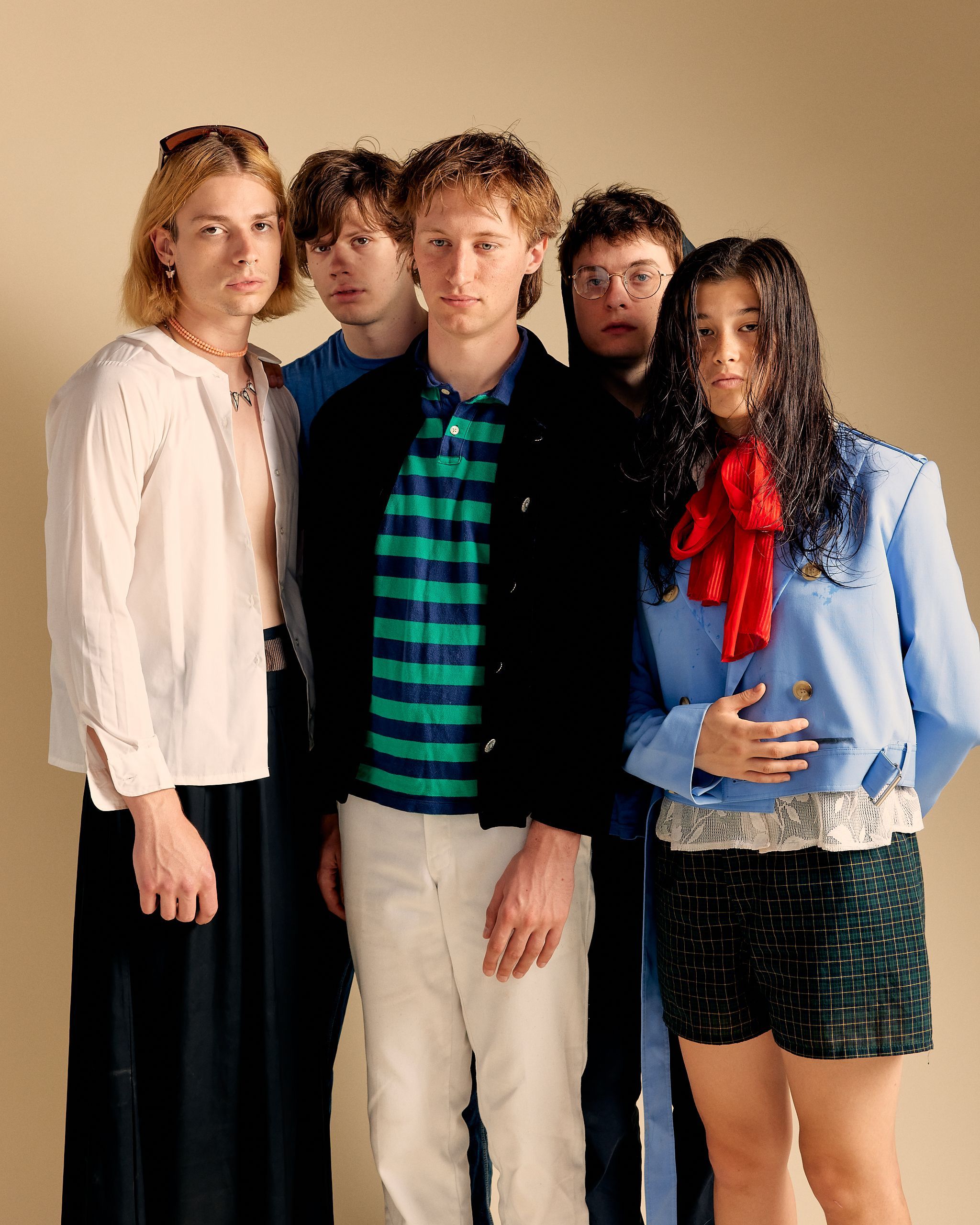