Arizona’s Premier Desert Party goes bigger and badder than ever!!! Hades presents the 7th annual Dirty Disco on Saturday May 21st! Join us as we transform the Rawhide Rodeo Arena into a dirty dance playground with a state of the art production, bringing you a MASSIVE STAGE, a booming sound system, A Vibrant LASER Show and Lots of FIRElighting the desert sky! Tell your friends it’s going down at Dirty Disco 2016 and to be there when the hardest hitting line up of the year takes the decks and makes thousands of beautiful people GROOVE to the UNITED sound of electronic music!


For more details go to http://dirtydiscoaz.com/


Getter – The man behind “Suh Dude” has been making people laugh with over 282 million loops on Vine. As if that’s not enough, he has been destroying dance floors across the country with hits like Head Splitter, Hawt , Squad, Suh Dude and his new EP Radical Dude that was released OWSLA Records! The new EP is straight fire gaining support from the likes of Skrillex, Dillon Francis and many more. His hit track with Dirty Disco Alumni (2015) Ghastly 666 is already one of the Most Played tracks of 2016 and has over 1 million plays on Youtube! We can’t say enough about one of the hottest artists on the planet except buy your Dirty Disco tickets now and get ready for a massive set under the desert sky!


Special Guest Herobust – The Atlanta, Georgia-raised producer caught our attention back in 2014 with his hit track She knows she bad, that we just had to bring him out for an intimate set at Bass Wednesdays… Two years later to the day he made his Arizona debut, he joins us again with his shoe-splitting style of beats that is causing rukus and selling out shows up and down the east coast! His new EP I’m Aloud recently released on Mad Decent is on Smother Sh*t… He broke all the rules with this one, resulting in an original signature sound that is weird as hell and making supporters go nuts on the dance floor! Tracks like Skurt Reynolds, Dirty Work , Barricadence has heavy hitters Bassnectar, Diplo and Bro Safari dropping these tracks in their sets! His BUSTED remixes are on another level! Listen to what he does toNghtmre – Street and Barely Alive – Poison Dart which was released on insomniac.com… Download these bangers for free, buy your Dirty Disco tickets and prepare yourself to be smashed and pounded deep in the dirt!


Bryan Kearney – We were in the house for Dreamstate‘s first event in Socal and got to witness a closing set that took the energy even higher! He set the tone with his opening track demanding we put down our phones or we will be thrown out! Lol… Each track that followed after was harder than the last, twenty minutes in we finally got our first breakdown and we knew then he would be perfect for Dirty Disco! A few days later we confirmed a dedicated and driven individual with a relentless passion for all things energetic. A talented technician that has continued to climb through the ranks of global dance music to truly establish himself amongst the Djing elite. His current demand is at an all time high, making appearances at Dreamstate San Francisco, A State Of Trance Utrecht, and Beyond Wonderlandand dominating them! We are proud to say that he makes his Arizona debut at Arizona’s Premier Desert Party! Buy yourtickets now and get on board, your trance destination awaits you!


Dirty Audio – With over 10 Million Plays on Spotify you’ll probably need a shower after spending the night with Dirty Audio! When he’s busy doing the deed onstage, it’s nothing but sweaty, balls-to-the-wall madness. Although he’s gotten a hand from Deorro and his Panda Funk movement, he has been cutting out his own way to the top with a sound that completely disregards the rules and regulations. We were at Exchange LA for the Beyond Wonderland Closing Party and it was clear he Came To Party with his unapologetic set that set the tone for the night! He’s been destroying dance floors with tracks like Hit It , Sky High, Take Off, and Without Love. Check out these remixes he did for Steve Aokiand Nervo… His latest track Gettin That with Rickysan was the second Most Played Track at Ultra Music Festival and is supported by Jack U , Jauz, NGHTMRE, and The Chainsmokers to name a few…We can go on and on, but its best if you just buy your ticket and get ready to GO HARD in the dirt!

Freedom Fighters – Based in Tel Aviv, Israel, where Psytrance is the dominating sound, he has been making dance floor shaking music since 2005. His music can be described as Techno/Trance oriented Progressive Psytrance mixed with a taste of everyday life experiences. 2015 was a massive year that saw an unbelievable five #1 tracks on Beatport, the release of his highly anticipated album “Rebel”, a spotlight on the world’s largest electronic music radio show,Armin Van Buuren’s “A State Of Trance”, a release on his label Who’s Afraid of 138? , and the Closing Slot at Basscon – Wasteland / EDC – Las Vegas! Not only was the album an artistic success, but it sat at the #1 spot on Beatport for multiple weeks in a row, cementing his name as an artist worth seeing. When we found out that he was going to be at world renowned Avalon Hollywood, we just had to go see what all the hype was about and it’s exactly what they said it was! His set took us on so many Twists N Turns it felt like an Acid Attack that left us Zapped in A Million Little Pieces! The hype is real people! Buy your tickets now to feel the dominating sound of the desert at Dirty Disco and to find out why Psytrance is the sound of the future!

Metrik – is a London based DJ / producer who has been blowing up the scene to pieces with his euphoric, rave-inspired productions. Already clocking up a sizeable back catalogue of releases on labels such as Viper Recordings,Spearhead Records and Shogun Audio, before signing exclusively to Hospital Records! In 2014 Metrik hit us with the acclaimed drum & bass anthem, “Want my Love”… then dropped his highly anticipated debut album “Universal Language” which gained the support of many A-list and radio DJ’s solidifying him as a top-tier artist of drum & bass! The following year got off to an explosive start headlining a Hospitality tour of USA & Canada and flying the flag for drum & bass at some of the largest festivals in the world including EDC , Pukkelpop and Let It Roll… His hard-working ethic that has established him as one of the most in-demand DJ’s in the scene! Lets fast forward to 2016 where he drops a fire-breathing addition and stand-out track of the “Hospitality 2016” compilation, “Terminus”. With his sophomore album well on it’s way, it’s fair to say we can expect a set loaded with unreleased material that will set the desert on fire! Buy your tickets now and get ready for the one they call Metrik !

Wasted Penguinz – A little healthy competition never hurt anyone. In fact, the universe may have never seen the rise ofWasted Penguinz if it weren’t for a production rivalry on message boards between Pontuz Bergman and Jon Brandt-Cederhäll. Moving from internet frenemies to real-life besties, the Swedes eventually decided to shake hands and become one of the most celebrated acts in the hardstyle animal kingdom. With an output that saw them sanding down the edges of the genre to make way for those heart-wrenching feels, Pontuz and Jon changed up the game via a sound that porpoises through choppy waters with jet-cutting melodies! When we saw they got booked for Basscon Sanctuarywe had to make the trip to the world famous Hollywood Palladium… We swam in a euphoric uplifting set like a penguin sliding down an iceberg and going for a swim! The party people of Dirty Disco asked for Hardstyle and we listened! Themoment is now, be there when they make their Arizona debut at the dirtiest party of the year!

Get connected and stay tuned for updates

The following is not allowed into the venue :

The following is allowed into the venue:

** Please note that any items that are deemed dangerous may not be admitted into the event. 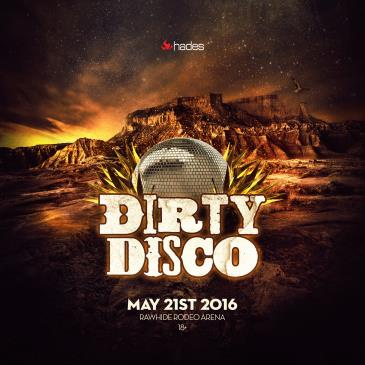