There is a 4 ticket limit in place for this show.

Dillon Francis’ recent #1 EP This Mixtape is Fire (his first time snaring the top spot of the Billboard Dance/Electronic chart), signals new heights climbed and conquered for the talented artist/producer/DJ. The lively follow-up to his acclaimed 2014 full length album debut, Money Sucks, Friends Rule, has been hailed as a star-studded offering (High-profile guests include Calvin Harris on “What’s Your Name,” Skrillex on “Bun Up the Dance,” Chromeo on “Lies,” as well as appearances by Bro Safari, Kygo, James Hersey, and others) marking an inspired return to Francis’ Moombahton roots. But the affable Dillon says he’s always been passionate about keeping his influences within reach. “I don’t think I ever left Moombahton; if you listen to the album (Money Sucks, Friends Rule), you can hear it in places there. For this EP, I went through a bunch of old records – like what Munchi was doing and I was doing – and maybe reincarnated a bit the sound from around ‘Bootleg Fireworks’ (Burning Up, his 2012 offering.) But I’m always trying to mix it up. I’m never going to forget my roots just like I would never do an entire album that was straight Moombahton. This was just a fun record to make. Anyone who follows my career knows I thrive on surprises.”

And then some; Dillon’s humorous, adventurous approach in a multitude of social media and short film undertakings have also earned him the reputation as inventive visual artist and playful observer of pop culture. His participation in the upcoming movie, ‘Scouts Guide To The Zombie Apocalypse,’ which hit theaters at the end of October, seemed to dovetail nicely with his own off-the-wall aesthetic. “That was a blast to do,” he says. “They had used some of my music for the film, and the next thing I know they’re saying ‘we want you to be in it.’ Anytime someone gives you a chance to be a zombie and die too, who could say no to that.”

Directed by Christopher Landon, the film follows three scouts and lifelong friends that join forces with one badass cocktail waitress to become the world’s most unlikely team of heroes, fending off a zombie invasion and saving mankind to boot. The movie may also be a harbinger of bigger and more imaginative film and video ‘badges’ in the works for Dillon in 2016. “I do enjoy the process of being on-set in the short films I’ve done, and in this movie,” he says. “It’s gratifying to put in the hours and then see what becomes of it all in the editing process. And I like the freedom of doing my own film projects. It’s kind of the same feeling as finishing a song. You feel this surge of euphoria when you get to the final process of something that took so many steps to get you to that finished product.”

More collaborations with director Brandon Dermer are also on the horizon. Dermer helmed Dillon’s acclaimed, hilarious “Not Butter” video (and other Dillon projects), which drew a huge social media response this summer, snagging nearly 750,000 views in its first week, alone. “We’re working on more stuff as we speak, and I also have a TV project I’m trying to get going for 2016.”

Always up for defying expectations at every turn, Dillon has even engaged social media as a self-professed ‘donut activist’ (temporarily changing his twitter name to Donut Francis) debuting a 14 minute film on his love for the snack - Exit Through The Donut Hole, and as a mustachioed beer-demanding redneck.

“The great thing about all these projects is they intrinsically align with the attitude of my music,” he says. “I think my fans appreciate that I’m using social media and video as a fun way to communicate crazy new ideas rather than just trying to stay trendy or to hype things.” His Columbia Records/Mad Decent debut, Money Sucks, Friends Rule arrived nearly a year ago as the capstone to an innovative career that has never been content to straddle the status quo. Hailed as one of Rolling Stone’s Top Electronic albums of 2014, tracks included the smash hit “Get Low” with DJ Snake, the anthemic “Love in the Middle of a Firefight” featuring Brendon Urie (from Panic! At The Disco), “When We Were Young” featuring Sultan + Ned Shepard VS Chain Gang of 1974, and “Set Me Free” featuring producer/DJ Martin Garrix, among other tracks.

In 2014/2015 Dillon headlined a sold-out North American tour to kick off the album, and he hasn’t stopped performing since. Known as one of the most engaging festival acts, he’s performed to record crowds in the UK, Brazil, Argentina, Chile, France, Australia, as well as drawing acclaim for his appearance this summer at Lollapalooza in Chicago and the Reading & Leeds Festivals in the UK.

Initially recognized for helping to bring the tribal dance movement Moombahton to the forefront, he’s scattered the dance music landscape with numerous influential EPs throughout his career. Recognized as one of Mad Decent’s most prolific artists, he set out on Zedd’s True Colors Tour this fall, which he says has been one of his most satisfying live treks. “Zedd and I have always hit it off. I consider him one of my best friends in music and touring with him is never a grind. We have the kind of relationship where we might not see each other for six months, and yet we’re able to pick up right where we left off.” Known for assembling phenomenal collaborations and partnerships throughout his career, Dillon has always been about charting the unconventional course to success.

Even from his earliest beginnings when he first attended art school, and then became a ‘trainee’ in a photography studio – the L.A. native had a sense music would be the true spark to all creative destinations. “I always knew I wanted to play and make music, kind of knowing I was going to have to ‘make’ the music I wanted to hear.”

After spending some time in Atlanta interning for Cory Enemy to get to know the dance music scene, he would move back to L.A., and from there it was his discovery of Moombahton that initially inspired him: “I was introduced to the artist Munchi because he had done a remix for Steve Starks on the same song (“Git ‘Em”) I did, except his was ten times better. I started scouring his SoundCloud, listening to everything. The tracks that were genre labeled “Moombahton” were the only tracks I couldn’t figure out the tempo of by just listening to them,” says Dillon. “So I started experimenting with my own productions.”

Later, Dillon would play a cut of his own for DJ Ruckus, who he was working for at the time, slowed down to 110 bpms. Ruckus loved the track (‘Masta Blasta’) so much, Dillon convinced his manager to send the track to Diplo. “And that was my break,” he says. “I’m so fortunate to be branching out into all this other stuff. I just try to stay genuine in everything I do.” 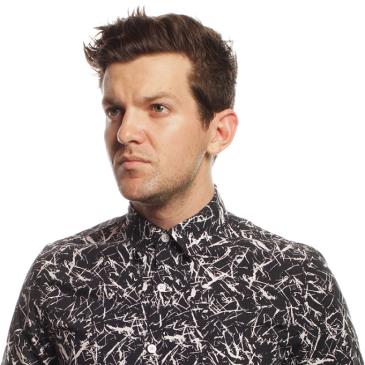