Desert Dwellersis the convergence of music producers Amani Friend and Treavor Moontribe, who honed their individual skillsin the mystical deserts of New Mexico and California, long before electronic music reached the mainstream. Amani and Treavorcombine the raw sounds of the natural world, wrapped in dance-floor and chill-out productions; blending deep bass, earthy percussion, etheric voices, and cross-cultural instrumentation into a sonic incense for the mind and body. Desert Dwellers’ unique global sounds are a bridge between worlds, and their label Desert Trax has become a platform to spotlight similar alchemical artists.

Brought together in the late ‘90s through the legendary Moontribe gatherings, in 2019 the duo celebrated their 20th anniversary of making music together, adding depth to their reputation as a pioneering and prolific downtempo, psybass, and tribal house act from the United States. The culmination of two decades of partnership has forged their Beatport #1 selling electronica albumBREATH, outon Black Swan Sounds, whichfeatures more than20 musicians and vocalists overa 10-track journey.In 2020, the duo releaseda series of three BREATH remix albums across the BPM spectrum by a whole host of major figures in the industry.

Desert Dwellers’ studio output is matched only by their extensive touring history, which juxtaposes performances at America’s most iconic venues like Red Rocks, festivals like Symbiosis, Lightning in a Bottle, Burning Man, and Coachella, with high-powered sets at the biggest trance festivals around the world; BOOM in Portugal and Rainbow Serpent in Australia. Desert Dwellers are equally at home in clubs as they are in yoga studios, and the jungles, deserts, and mountains of far-flung international festivals.

The multi-instrumentalist and singer offers a powerful and unique contribution to the West Coast electronic music scene, with his work having diverse influences ranging from trip-hop, classical, Arabic, jazz, and more.

Evan Bartholomew has been performing electronic music for nearly 20 years as Bluetech, Evan Marc and Invisible Allies (with Kilowatts).

As an internationally recognized touring music producer with over 27 album / EP releases and aseasoned portfolio of video game and film scoring credits, Bluetech is a master of analog andmodular sound synthesis and DSP audio manipulation. He brings a passion for sound design andcutting edge audio exploration into all the work he touches. His music transcends the constructsnormally associated with a calculated “electronic artist,” pursuing music with meaning and purposewith downtempo, future bass and progressive electronic music, rife with emotional intent andpoly-rhythmic percussion 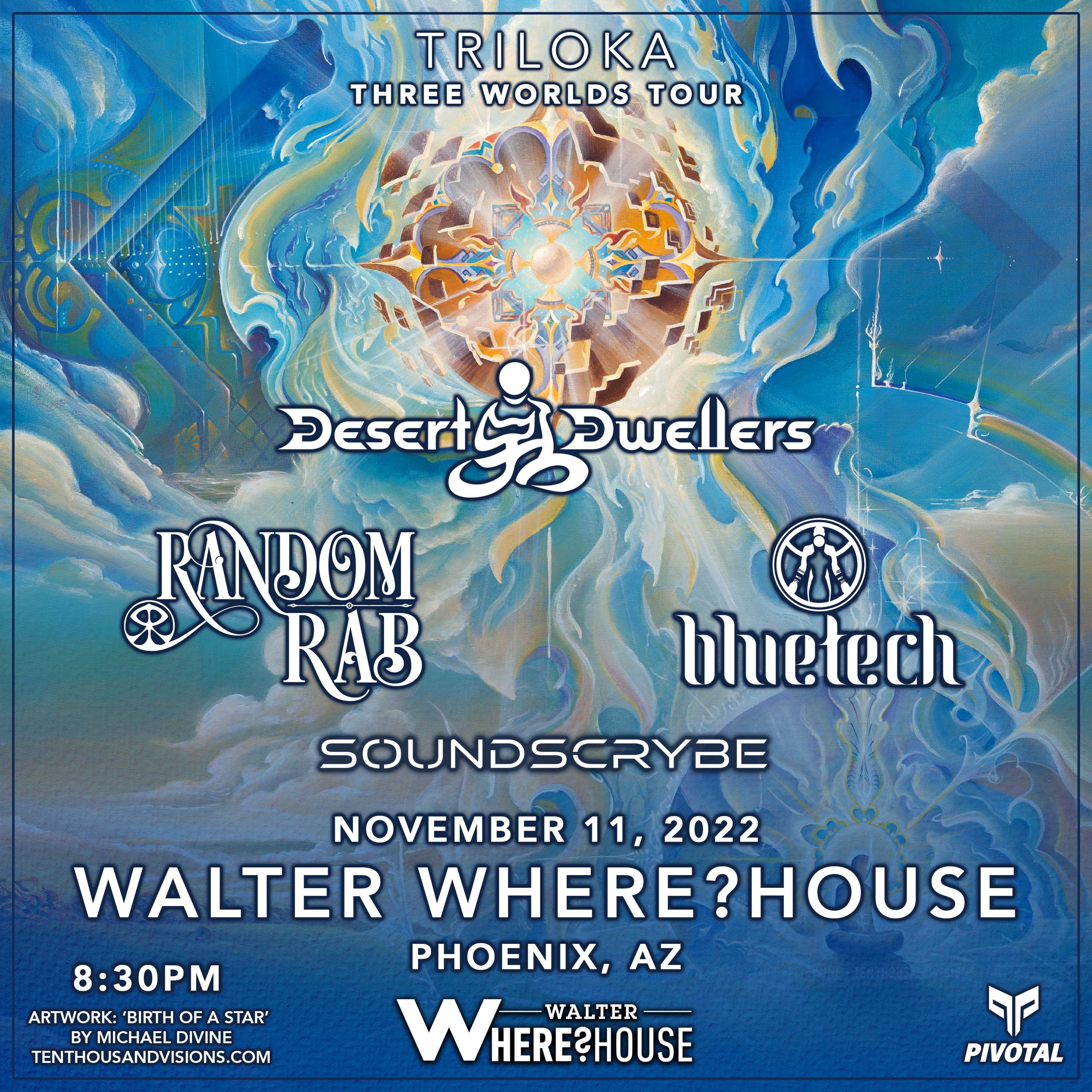