Detroit rapper and lyricist, Deja Trimble, a.k.a. DeJ Loaf, has released four mixtapes, signed with Columbia Records and peaked at number 45 on the U.S. Billboard Hot 100, all since the start of her career in 2011. Her singles “Try Me” and “We Be Good” helped to push the envelope with her music career and garner a greater following. Since her rise to fame, DeJ Loaf has gained the recognition of big names in the rap and hip-hop industry including the likes of Drake and Eminem. Her latest EP, World Champions, was released earlier this year. 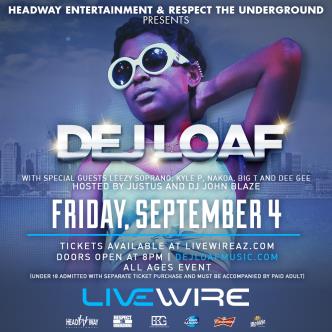