John Prine forced David Luning to drop out of college. Not at gunpoint or anything— the two had never even met—but the effect of hearing the songwriting legend's music for the first time had an equally compelling effect on Luning, who was studying film scoring at the Berklee College of Music in Boston at the time. Now an accomplished artist in his own right, Luning is preparing to release his most dynamic and gripping collection to date, 'Restless,' and he can trace it all back to one fateful night that changed everything.

​"A couple of friends invited me over to share some songs at their apartment, and that was the first time I'd ever really listened to Americana music or folk or country or whatever you want to call it," remembers Luning. "They showed me John Prine, and it just resonated with me so much. I was like, 'Oh my god, this is what I have to do with my life.' I just figured it out in that moment."

Luning dropped out of school almost immediately, moved back to his native California, and devoted himself to songwriting and performing. He worked his way up through open mics to large festival performances, piecing together a band to flesh out his songs along the way and hitting the road to tour with a fierce determination. His self- released debut album, 'Just Drop On By,' garnered acclaim from both critics and fellow musicians alike, with country megastar Keith Urban hailing Luning's "staunch originality." Songs from the album landed numerous film and TV placements, most recently on NBC's 'Grimm,' and Luning's reputation for exhilarating live performances earned him dates with luminaries like Jackie Greene, Dave and Phil Alvin, and Elvin Bishop, along with a slew of festival performances up and down the West Coast.

​If 'Just Drop On by' announced the arrival of a promising new talent, 'Restless' delivers on that potential and then some. Recorded under the guidance of engineer/producer Karl Derfler (Tom Waits, Dave Matthews) and with Luning's longtime live bandmates— Ben Dubin (bass & harmonica), Linden Reed (drums), and Dave Sampson (guitar & mandolin)—the album marks a major step forward, both sonically and emotionally.

NO REFUNDS | ALL SALES FINALTickets:After completing your purchase on See Tickets, you will receive an email
confirmation with your attached PDF ticket(s). YouMUSTprint and bring your PDF
tickets AND VALID PHOTO IDENTIFICATION to be admitted for the eventORdownload
the See Tickets app and present your barcode ticket on your mobile device for
entry in lieu of printing.All General Admission Tickets are Standing Room with limited seating. (Unless
otherwise noted 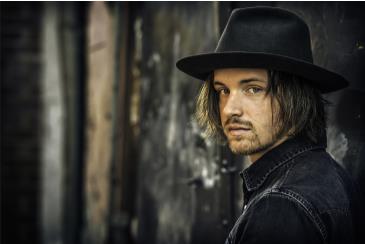