Named to the Chicago Tribune’s “50 Most Significant Songwriters in the Last 50 Years,” Austin, TX-based singer/songwriter Danny Schmidt has amassed a cult following for his poetic, poignant lyrics. With a craftsmanship and emotional depth drawing comparisons to Leonard Cohen and Townes Van Zandt, and with fantastical narratives reminiscent of Gabriel Garcia Marquez, Schmidt is considered a preeminent writer. Sing Out Magazine proclaimed that: “Schmidt is a force of nature: a blue moon, a hundred-year flood, an avalanche of a singer-songwriter. His songs are a flood of poetry, mythology, folk wisdom, and surprise. He is perhaps the best new songwriter we’ve heard in the last 15 years.”

Performing solo most often, armed with just his voice, his acoustic guitar, and his acute commentary, Schmidt’s an authentic timeless troubadour, one man sharing his truth in the form of songs, in unadorned and intimate fashion. The understated effect can be powerful. As songwriter Jeffrey Foucault put it: “Everything about the man is gentle, except for his capacity for insight, which is crushing.”

After garnering unanimous critical praise for his self-released Parables & Primes album in 2005, Schmidt’s follow up release, Little Grey Sheep in 2007 began a streak of albums that topped the Folk Radio Charts internationally. And on the heels of being crowned with one of the prestigious Kerrville New Folk awards in 2007, Schmidt won the notice of venerable Americana roots label, Red House Records, who began releasing his albums in 2009, alongside such notable artists as Greg Brown, Eliza Gilkyson, and John Gorka, thus exposing his music to a broader audience.

Schmidt released three albums on Red House Records, including the critically acclaimed debut Instead The Forest Rose To Sing in 2009, the spare and intimate Man Of Many Moons in 2011, and culminating with the amorous duo album For Keeps with his partner, Carrie Elkin, in 2014. Schmidt returned to self-releasing his own music in 2016 with the album Owls, a mystical collection of ethereal allegories. Standard Deviation in 2019 was Schmidt’s ninth solo record and tenth album total.

Schmidt’s relationship with the hit podcast Welcome To Night Vale began when his song This Too Shall Pass was used in one of their first episodes, and immediately struck a chord with the podcast’s audience. Schmidt has subsequently toured with the podcast for many of their live shows as the special musical guest.

In 2020, Schmidt began releasing a series of singles written and recorded at home during the COVID-19 pandemic, as a sort of journal covering those tumultuous times. These topical, yet vulnerable and personal tunes ended up topping the Folk Radio Charts literally days after they were written, three subsequent songs, three months in a row. Together, they served to chronicle those unprecedented times in artistic and poetic fashion.

Family life for Schmidt interweaves with his musical life. His wife Carrie Elkin is herself an acclaimed singer/songwriter, and the two often tour together, sharing songs back and forth, and singing harmonies on each other’s work. In 2016 they celebrated the birth of their daughter, Maizy, who is often a fixture at their duo shows.

“The most brilliant young songwriter I’ve heard in the past 25 years. His songs are thrillingly poetic.”
- Rich Warren, Legendary DJ at WFMT

“Intensely intelligent, this is sensitive songwriting at its finest. In his use of parable and allegory, there are inevitable comparisons with Cohen and Dylan, but these are songs of such quality and beauty that they more than hold their own in this exalted company.”
- Maverick Magazine UK

“There’s a quality -- an easygoing, lyrical storytelling manner that eschews stridency or pretension -- that all folksingers strive for and few attain. But Danny Schmidt has it in abundance. With seductive simplicity, his music demands your attention.”
- Texas Monthly

“Schmidt is a stellar poet and musician, and media comparisons to a string of legends are not amiss. He’s too original and too good for a mere cult following.”
- Dirty Linen Magazine

“Danny is a mesmerizing live act, with sufficient eminence to drive the literati into raptures. At times he is capable of inducing an out of body experience.”
- Three Chords & The Truth

“He’s an unsung sensation. An overlooked gem. This cannot be said too loudly or provocatively: Danny Schmidt is a profound talent. The kind that makes a new discoverer of his artistry wonder how it was possible not to have known of him before.”
- Folk Music Reviews UK

“Poetic and propulsive, mesmerizing and multi-dimensional. Schmidt is the spiritual poet with shaman-like guitar skills — if you’ve heard Michael Hedges playing Bob Dylan songs, that’s the same kind of spine-tingling vibe one gets from hearing Schmidt.”
- No Depression Magazine

“Danny is a really captivating talent, with an intensely literate take on things that at times recalls that of Josh Ritter but if anything encompasses a wider stylistic range and an arguably even greater sense of poeticism. His songs are characterized by an easy kind of poetry that seems to just spill off the end of his pen fully formed, and delivered in a winning kind of unassuming but entirely confident soft drawl that beguiles the ear with little apparent effort and draws the intellect in with its spun word-patterns.”
- NetRhythms UK

“His songs, so lyrically rich, so finely crafted, carry the power of fine poetry. They accentuate the narrative. They celebrate subtlety. Schmidt’s songs are filled with nimble wordplay and cool cadences; they move with the light feet of a dancer. But in the tone and theme, they convey weight and depth and substance.”
- Austin American-Statesman

“Danny’s poet-perfect word choice, multi-layered nar- ratives, gentle yet powerful melodies and superb guitar work all mesh together to create art that jumps off the record or rushes up off the the stage and directly engages the heart and mind. There’s Danny Schmidt, and then there’s everyone else. I’ve not seen anyone before combine all the tools of the singer/songwriter so perfectly. No one. Making comparisons to other songwriters, living or dead, is wholly unfair to those on both ends of the comparison. Danny is that good.”
- 512 Music Musings 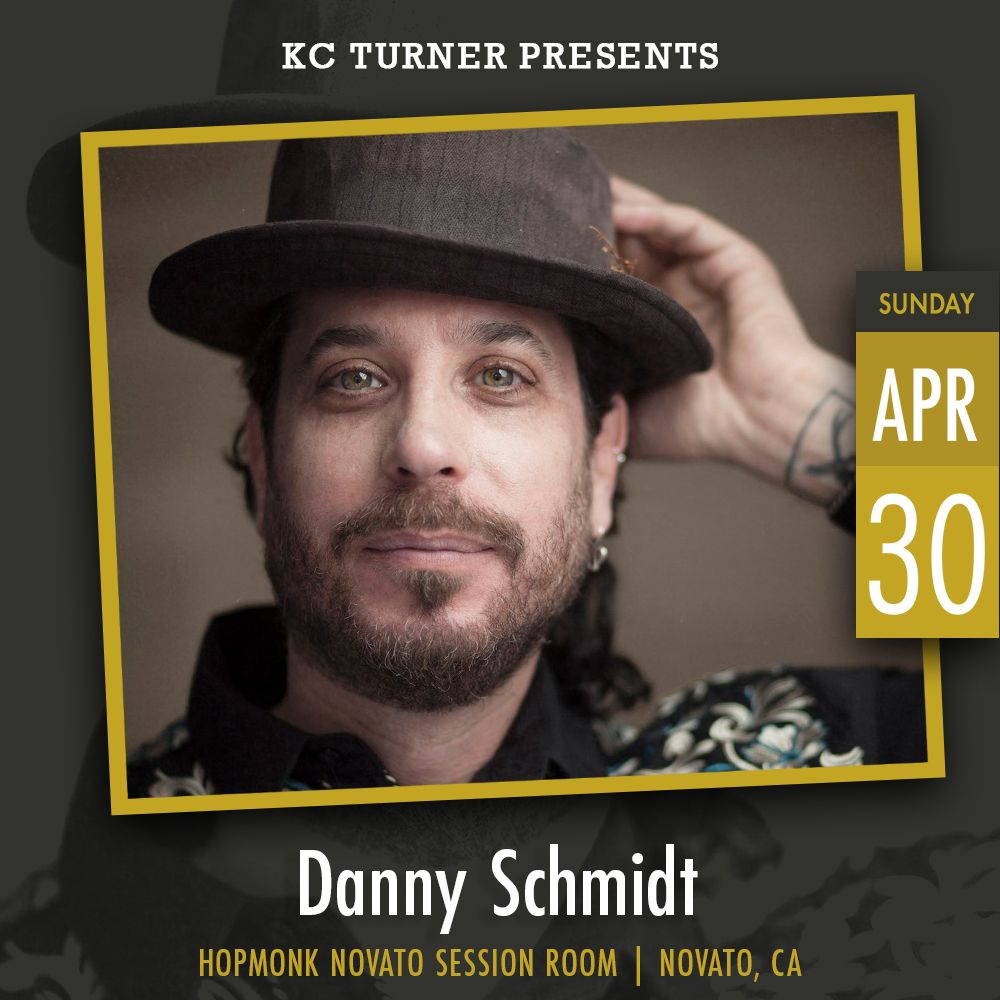