Due to a scheduling conflict the DJ Mustard concert date has been moved from June 16, 2016 to August 26, 2016.  All tickets from the original date will be honored at the door for the new show date.

DJ Mustard is actively touring and will be performing at his monthly residency at Light in Las Vegas as well as on stage at this summer’s hottest festivals including Lollapalooza, Hard Summer, The Roots Picnic, Wireless Festival, Outside Lands Festival, Made in America, Firefly Music Festival, and many more. 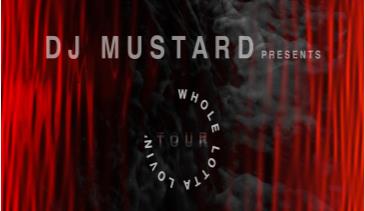