THIS IS A FREE EVENT

FREE IN THE MUSIC HALL!

"I Make Music For Everything In The Universe..." Kareem Ali’s productions bring together the futurist yearning of classic Detroit techno and the sentimental moods of true deep house, with forays into ambient, broken beat, and drum’n’bass.Growing up, Kareem Ali wanted to be a rocket scientist. The New York native (who now lives in Phoenix) never actually made it into the space program, but his passion for the cosmos remains intact—in fact, it’s at the core of his artistic vision. Future Black Music, We Are Stardust, Black Science… these are just a few of the no less than 47 releases he’s dropped in the past two years, each one mapping out a utopian future in which humanity—and Black people in particular—can finally carve out an existence that’s free of injustice and oppression. Afrofuturism is Ali’s guiding light, and iconic innovators such as Sun Ra, Herbie Hancock, Larry Heard, Underground Resistance and Drexciya have all shaped his worldview. His first musical love, however, was jazz, and he found an early hero in Miles Davis, whose seminal Kind of Blue LP prompted Ali to pick up the trumpet back in middle school.

More than a decade later, he’s still playing, and though he now operates in the electronic music realm, it’s clear that Davis’ iconoclastic spirit has found its way into Ali’s work. Specializing in forward-thinking, space-age sounds, Ali is a lot more concerned with unleashing his vivid imagination than fitting neatly into any particular genre box. Although late-night gems like “Night Echoes” have garnered the most attention—Pitchfork described it as “deep house at its most hypnotic and emotionally resonant”—his extensive catalog also includes forays into techno, ambient, hip-hop, R&B, garage and even drum & bass. Fueled by a tireless work ethic and a seemingly endless well of creativity, he’s found an audience and captured the attention of not just Pitchfork, but other media outlets like Bandcamp Daily and Rolling Stone, who named his G R O W T H LP one of the Best Albums of 2020. Other artists have also taken notice, as his tracks have been played and charted by the likes of Four Tet, Pete Tong and Bicep, while none other than Caribou tapped Ali to appear on his recent Suddenly Remixes EP. More music is on the way of course, both from Ali and his CosmoFlux label. Having signed with artist development agency One House (home to acts such as Kevin Saunderson, Sherelle and Funkineven) and booking agency William Morris (which represents many of the biggest stars in the world), he’s poised to break big in 2021. In the meantime though, he’ll be grinding at home in the studio, making tracks and looking at the stars. 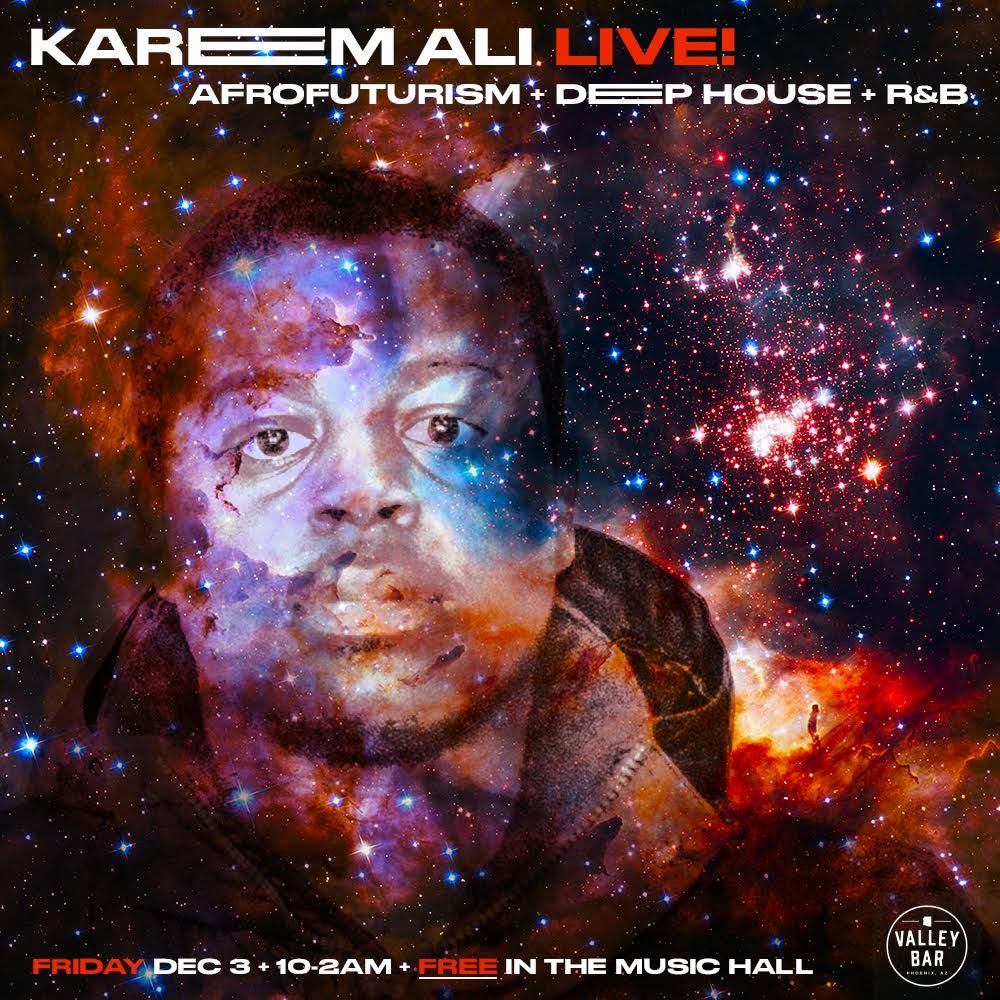