*This event is sold out.*

Back by popular demand!  As one of the nation's premiere Creedence Clearwater Revival tributes, Creedence Revived is comprised of talented and eclectic musicians including an award-winning vocalist, a renowned blues guitarist, a studio bassist, and a world class drummer and is returning to the Lincoln Amphitheatre for a second consecutive season! The band pays tribute as if they wrote the catalog of music, and, in doing so, pay appropriate homage to one of the greatest American rock and roll bands ever. 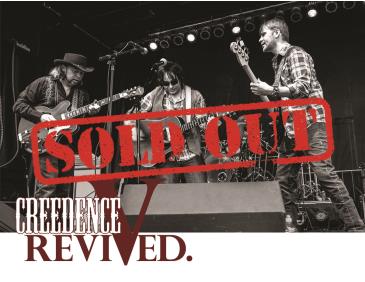