German duo Cosmic Gate emerged in 1999 when DJ/remixer Claus Terhoeven (born 1972; aka Nic Chagall) and Stefan Bossems (born 1967; aka Bossi) decided to assemble a new project in the electronic music field. Cosmic Gate debuted with the release of the club/dance-oriented "The Drums." "Mental Atmosphere" and "Somewhere Over the Rainbow" followed soon after. Their breakthrough came after issuing the Top Ten single "Fire Wire." Locally released in 2000, the song started climbing the U.K. charts in 2001 and became a summer smash in the European club scene. Exploration of Space followed a year later, featuring the original version and DJ Isaac remixes of "The Truth." ~ Drago Bonacich, Rovi 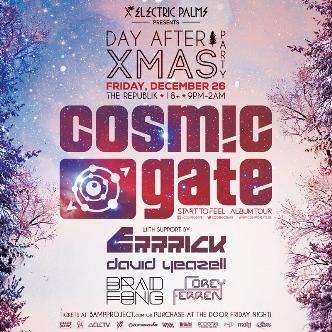