His third literary tome, You’re Making Me Hate You: A Cantankerous Look at the Common Misconception That Humans Have Any Common Sense Left [Da Capo Press], examines the areas where mankind has left quite a bit of “room for improvement” with a guillotine-sharp wit and Jeremiad intent. This isn’t just a report card for humanity though, it’s a call-for-change encased inside some of the sharpest barbs this side of George Carlin. Speaking as freely as humanly possible, the author was always meant to write this book.

“This is the one I wrote the quickest, and it’s probably the one I’ll get in the most trouble for,” he chuckles. “There are a handful of points I do mean as sort of malice, but it’s all supposed to be humorous. I’m trying to lance the boil; I’m not trying to burn the eyes out.”

Taylor unleashes You’re Making Me Hate You following quite a few recent milestones. In 2014, Slipknot unveiled .5: The Gray Chapter, their long-awaited follow-up to 2008’s chart-topping, platinum-certified, All Hope Is Gone. The record became their second consecutive offering to debut at #1 on the Billboard Top 200, and the frontman’s reach expanded yet again as he guested on programs ranging from Larry King Now to Nerdist. The Zeitgeist tends to embrace him and not the other way around. That same year, he made his big screen debut alongside none other than horror legend Robert Englund in director Robert Hall’s Fear Clinic. During this period, he catalogued everything around him, collating it into the book.

“I kept coming back to that same general topic,” he says. “I would find something that would make me blister with hate, and I’d try to rip it to shreds. I wasn’t going to be able to get it done in 800 words. I had to do a whole book with this thing. I started breaking it down by chapter, and I just kept going. It’s probably my longest book. It’s very focused. I don’t get too far off the reservation, and I’m not making any excuses or apologies. This is something that’s been percolating for a very long time—sadly. It’s definitely also the most observational. It seemed like every day there was something new. I’d come home and go, ‘Oh God, you’re never going to guess what I saw today!’ There are a handful of stories I go back to in order to point things out.”

Once again, he embarks on another solo tour supporting the book. Combining a reading, speaking, and an acoustic set, these shows are literally unlike anything else on the road. It’s something he’s done since releasing his first New York Times-bestseller Seven Deadly Sins: Settling the Argument Between Born Bad and Damaged Good in 2010 and again on 2013’s A Funny Thing Happened on the Way to Heaven. It also keeps getting better.

Now approaching two decades, Slipknot’s rise is legendary. In addition to notching a 2005 Grammy Award in the category of “Best Metal Performance” for “Before I Forget,” the group has achieved four multi-platinum albums with .5: The Gray Chapter fast approaching gold status. They’ve headlined sold out tours globally as well as numerous festivals Rockstar Mayhem Festival (twice), Rock on the Range, Download (U.K.), Rock In Rio (Brazil), Soundwave (Australia), and Slipknot’s very own Knotfest, both in the U.S. and in Japan. Simultaneously, Stone Sour built a legacy of their own. The band’s canon includes two gold-selling albums, a platinum single in “Through Glass,” as well as the sprawling two-disc epic House of Gold & Bones Parts 1&2, which even encompasses an acclaimed graphic novel series of the same name for Dark Horse Comics. Everybody from Dave Grohl to Travis Barker and Tech N9ne have sought Taylor for collaborations.

At the end of the day, you won’t just hear Taylor—you’ll remember him forever. “If anything I do makes one person think and make a positive change, that’s all I could ever ask for,” he leaves off. “I’m proof that anything’s possible, and that’s the real message.” — Rick Florino, April 2015 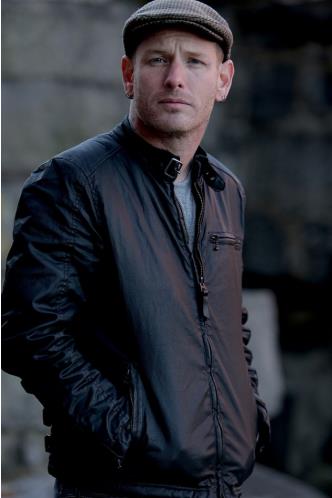