Common Kings is a four-piece reggae and soul group with roots in Hawaii, Samoa, Fiji and Tonga. The band began releasing singles in 2011 without the support of a major label. Two years later, they released two EPs, #WeOnTour Soundtrack and Summer Anthem. They continued to release singles and in 2015 they released another EP, Hits & Mrs, which reached the No. 2 spot on the Billboard Reggae Albums chart this past November.

Price shown in flyer does not include fees. No service fees for tickets purchased with cash at the Livewire Box Office. All tickets subject to the facility fee, which for this show is $2.00. 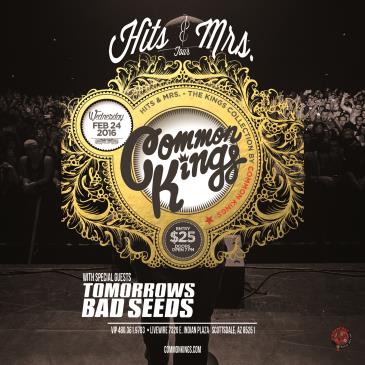