Daniel Eachus is a rising young star in the comedy world. Even at such a young age, Eachus has the chops of a comedy veteran and people are taking notice. Born and raised in Fresno, CA, he was surrounded by farms, but didn’t want to smell raisins for the rest of his life, so he turned to comedy to get him out. For college, Daniel’s wish came true and he left Fresno to study in Long Beach. By day, he was a student, by night he performed on the stand-up comedy circuit. After just one year of nightly performances, he became the youngest finalist ever in the “Funniest Comic in Los Angeles” contest.

He’s been entertaining audiences ever since. Eachus has been performing stand-up and improv throughout the nation’s clubs and recently was featured on Comedy Central’s “Up Next” and Sirius XM’s Comedy Central Radio. A finalist or winner in scores of comedy competitions including the World Series of Comedy, Up Next Regionals, Sacramento Comedy Festival (1st place winner), OC Improv Cup and more, he’s considering expanding his trophy shelf. But doing stand-up and improv is not enough for Daniel.

When he’s not onstage making people laugh, he’s making people laugh at their screens. Daniel acts, writes, and produces the comedy sketch series, “Bigfoot Chasers”. He is a co-writer on a brand new Kevin Hart-Produced Series. He’s starred in 19 National Television Commercials, was featured on SpikeTV, and recently made his stand-up television debut on FOX & HULU’s “Laughs”. You can hear both of Daniel’s stand-up albums on Sirius XM, Spotify, itunes, and Pandora, or watch him on his DryBar comedy special “A Mild and Skinny Guy” available now! 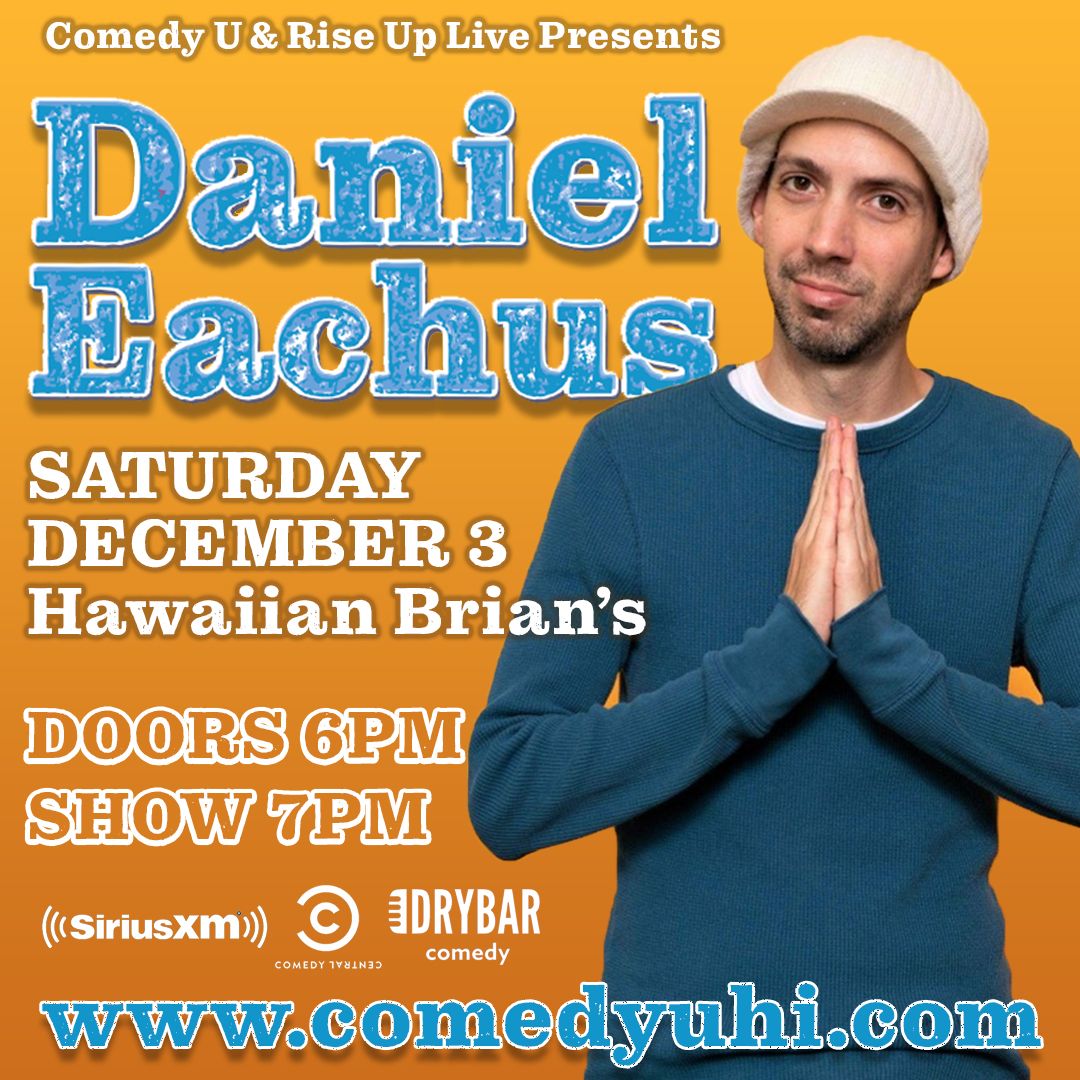