Come see the new movie WITH Kevin Smith and let him use his mouth on you at the post-show Q&A!
It's Clerks III: The Convenience Tour!
You ARE supposed to be here today!

Clerks III is a 2022 American comedy film written, produced, directed, and edited by Kevin Smith and stars Brian O'Halloran, Jeff Anderson, Trevor Fehrman, Austin Zajur, Jason Mewes, Rosario Dawson, and Smith. It serves as the sequel to the 1994 and 2006 Clerks films, and is the ninth overall feature film set in the View Askewniverse. In the film, Randal Graves, who after surviving a massive heart attack, enlists his friends and fellow clerks Dante Hicks, Elias Grover, and Jay and Silent Bob to make a movie about their lives at the Quick Stop Convenience store that started it all. 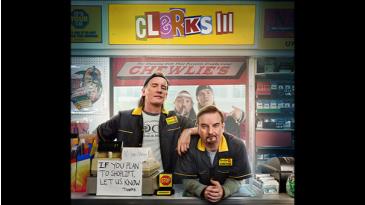 Show Map
View 32 Front St. in a larger map
We use cookies to provide you with the best experience possible. By using See Tickets, you accept our cookie policy.
Accept
ftr1:1.0017