We had a huge turnout for Circles Around The Sun's debut at The Sanctuary last year and we are thrilled to welcome them back for yet another out-of-this-world performance to close out 2022. Don't sleep on securing your tickets for this big event!

Circles Around The Sun's unconventional origin is defined by a serendipitous twist of fate. Acclaimed guitarist Neal Casal was asked to record a handful of Grateful Dead-influenced instrumentals to be played during the set breaks at The Dead’s “Fare Thee Well” concerts in 2015. To accomplish the task, Casal would recruit keyboardist Adam MacDougall, bassist Dan Horne and drummer Mark Levy to join him in the studio. That was supposed to be the extent of it. Fast forward to the recordings being played over the stadium's PA at the shows. The response from the audience was uniformly resounding, quite literally blowing up the internet with questions as to where this magical music came from and ultimately pleas for more. 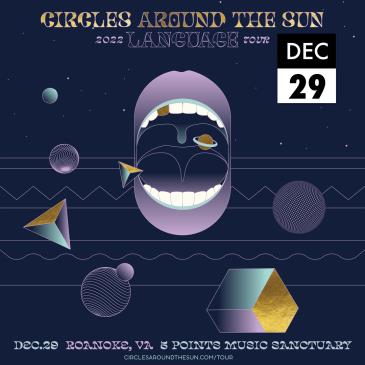