Having risen to fame withchart successes such as ‘Let The Bass Kick’ and ‘Aftershock,’ Chuckie’s careerhas continued to develop thus turning him into a global phenomenon who neverfails to win over legions of fans with his upfront approach to making and playingmusic. Taking dance and urban music by storm in Europe, The United States, andSouth America and beyond, he is spreading the Chuckie flavour with hisexplosive beats, surprise FXs and adulated climaxes. Although Amsterdam based,this truly international DJ and producer works tirelessly to fit everythinginto his hectic schedule whether he’s on a plane or in a hotel room as hetravels the globe performing to millions of fans in the world’s best clubs. 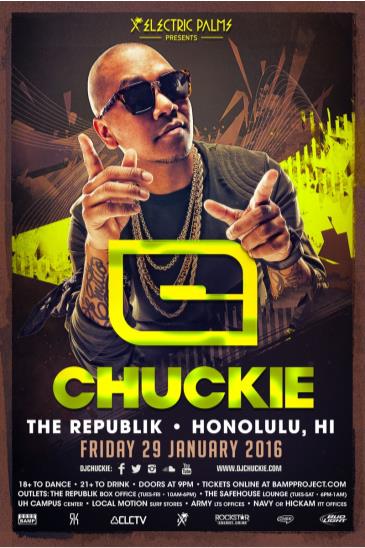