Chris D’Elia is quickly becoming one of the most sought after comedians and actors in the comedy world.  D’Elia currently stars as “Danny” on the NBC comedy series Undateable, which centers on a group of friends who are living in Detroit and helping each other figure out their lives. The series’  buzzed-about live episode—which produced separate telecasts for East and West Coast—recently led to a third season pickup of all-live episodes. The new season is scheduled to premiere in Fall 2015.

On stage, D’Elia continues to cement his status as a force in standup comedy, which Variety naming him one of their “Top 10 Comics to Watch”.  His latest standup special, Incorrigible, debuted on Netflix in April 2015.  Additionally, D’Elia could be seen on the dais of the highly anticipated Roast of Justin Bieber, which premiered in March 2015 on Comedy Central.

D’Elia has quickly become a regular at Hollywood comedy clubs, where he performs multiple times a week.  Additionally, he recently completed his first multi-city standup comedy tour, Under No Influence, which brought him to over 30 cities across the United States and Canada.  In December 2013, he released his first one-hour standup comedy special, White Male. Black Comic., on Comedy Central.

He currently resides in Los Angeles. 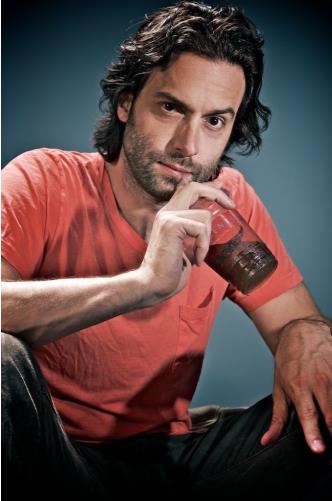