Americana UK described Berardo’s sound as “Americana in its truest sense … both keeping the flame alive and moving it forward,” while TMT Radio/Americana Music Times dubbed The DesBerardos, “One of the finest Americana bands out there.”

Chris Berardo’s quarter-century of music making has been a pure, heartfelt emotional outpouring – a triumph of authentic songcraft and storytelling over careerism, fashion and hype.

“I never really was the type to chase ‘fame,’” said Berardo. “It was that I wanted to do this stuff. It was more I want these opportunities to sing these songs for people.

”Over the course of three albums and countless roadhouses, honky-tonks, close calls and lost weekends, Berardo and his longtime band The DesBerardos have earned a loyal fanbase and peer respect for the sheer quality and sincerity of a their rootsy Americana rock. It’s a nuanced, genre-straddling sound that resonates widely through both pop sensibilities and outlaw attitude.

An innate showman since the age of 12, Berardo’s compositions continue to channel the AM radio Southern rock and country influences of his youth in Bronxville, NY – the likes of Neil Young, The Eagles, the Allman Brothers, Marshall Tucker, Poco, and The Doobie Brothers. Honing his craft alongside the legendary Four Seasons tunesmith Bob Crewe, and on a thousand beer-stained stages, the Connecticut-based singer-songwriter offers refreshingly unfiltered, timeless expressions all-the-more welcome in an era of manufactured, manipulated music.

A consummate and charismatic performer, Berardo’s smoky voice and lived-in tales have charmed audiences from intimate acoustic shows to full-blown theater concerts, often opening for some of his idols, including The Doobie Brothers, The Marshall Tucker Band, Dickey Betts & Great Southern, and America.
Berardo’s lovingly-crafted compositions explore love, life, hard knocks, and the indefatigable human spirit. While wry and worldly-wise, his message is ultimately inspiring and optimistic – if anything, even more so since a serious health scare stalled his career after breakthrough album Ignoring "All The Warning Signs" (which spent two months in the Top Ten at Sirius Radio’s XM Outlaw channel, and hit #49 on the Billboard American Chart).

Returning stronger than ever with successful 2020 single “Somewhere Blue” swiftly followed by a killer cover of Badfinger's hit song "Baby Blue" , and the imminent fourth album Wilder All The Time (all produced by David Abeyta of Reckless Kelly), Chris Berardo has finally captured his intoxicating live sound and spirit on record, and is poised to catapult well beyond where he left off.

“In this business, you really need to have this sense of hope and a sense of belief, and a sense of joy in what you’re doing,” he pondered. “There’s a lot of that [on Wilder All The Time]. But sometimes you just wanna dance, and there are songs on the album for that, too!”

“In a modern world thick with instigators — people who seem to wake up each day and decide whether they want to get their enemies or allies the most riled up this time around — Walt Wilkins comes off as an unlikely radical. This is a man at peace, and he’s gonna try like hell to get you right there with him.… In a loud and conflict-rich world, maybe there’s nothing more radical than being the guy who’s already soundtracking the calm after the storm.” – Mike Ethan Messick, Texas Music Magazine

“The best in Wilkins is pretty darn good. His songs have been recorded by Green, Cory Morrow, Brandon Rhyder, and Tommy Alverson. He also has had cuts recorded by Kimmie Rhodes (“Espiritu Santo Bay”), Kenny Rogers (“Someone Somewhere Tonight”), Ricky Skaggs (“Seven Hillsides”), and Ty Herndon (“Big Hopes”).… A version of “Trains I Missed” by Balsam Range has been nominated as song of the year by the International Bluegrass Association. Wilkins also recently earned a star on the South Texas Music Walk of Fame in Corpus Christi.” – Americana Highways

A near-constant presence on the Texas Music Chart since its inception as a songwriter, producer, singer, guitar player, and artist. His organic blend of Texas Music, acoustic rock, blues, country, and folk is a delightful trip through Americana music.

Walt Wilkins is “a songwriter, producer, poet, and troubadour. Walt performed and made records with the Mystiqueros, his wife Tina, and another legendary songwriter Kevin Welch.
Wilkins wrote for BMG Nashville for five years. Wilkins has produced many creative records by a variety of notable artists including Brandon Rhyder, Pat Green, Jamie Richards, Sam Baker, Bonnie Bishop, and his wife, Tina Mitchell Wilkins Jumping Dog Studio in Austin TX. He has had 100+ songs recorded by other artists, and he is responsible for coordinating and hosting the annual Waltstock & Barrel.


Walt was also featured on the TV show Troubadour Texas, a docu-drama, following the lives of various singers and songwriters.

Wilkins spent a solid decade in the Nashville Country Music business trenches, writing songs he wanted to be recorded by artists he admired. There are indeed some noteworthy cuts: Seven Hillsides, by Ricky Skaggs, on a record that won a bluegrass-gospel Grammy Ty Herndon, during his heyday, made Big Hopes the title of his 3rd album for Sony, and there have been roughly a dozen other songs on major-label records. But it was Pat Green's recordings of several songs that made Wilkins' name known in Texas including Poetry, Edens Gate, Wrapped, Carry On, We've All Got Our Reasons among others.

But it's the music of Texas that informs all of Walt's music. The music is just closer to the ground there. He explains. It's the collision of Mexican and American, the German immigrants, and everyone else who came to Texas in search of a better life.

Wilkins' work has been likened to the greatest and most timeless of the Texas/American troubadours: Guy Clark, Townes Van Zandt, and Kevin Welch among others. But it's the John Steinbeck comparison that means the most. It was in a review of Fire, Honey & Angels, in Country Standard Time. That's a remark to keep close. Wilkins says. I have written poetry since I was in grade school, and songs for over twenty years now. It means an awful lot to be mentioned in the same sentence as someone with as much gravity as Steinbeck I do try to take my given work in the world seriously, and try not to shy away from the heavy subjects in life: commitment, faith, death.

"Marc Douglas Berardo writes songs that are witty without being superficial, intelligent without being ponderous, fun without being silly. He performs them with an infectious verve. On top of that, he doesn¹t seem to have the slightest idea of just how good he is.” David Olney, Legendary Songwriter and Performer, Nashville, TN

Singer-songwriter/performer and keen observer, Marc Douglas Berardo combines songs that mine the deep feelings and lessons gleaned from real-life characters and situations along with an onstage presence that uses humor and deft storytelling to rally an audience and lead them into a deep and almost spiritual experience. It’s an adventure that brings to mind James Taylor, Jimmy Buffett, Guy Clark, or Steely Dan with a touch of Mark Twain or Hunter S. Thompson for good measure. It’s a night of laughter and emotion that works to send an audience home with a renewed sense of possibility.

Marc is nationally recognized for his music and performances (Rocky Mountain Folks Fest Song contest, Telluride Troubadour Contest, Sisters Folk Festival, South Florida Folk Fest, 2013 Rams Head Onstage Rammie for Show of the Year.) In May of 2014, Berardo won the 2014 Wildflower Art and Music Festival Song Contest in Texas. The following week he performed as a finalist in the legendary Kerrville New Folk Contest at the Kerrville Folk Festival.

No Depression Magazine called his latest CD Whalebone: “a highly polished personal collection with songs that are on the delicate trapeze of poignancy”

In early 2015, Berardo's interview and live performance feature on Sirius/ XM Satellite Radio's The Village was voted one of the best of the year by listeners.

Marc Douglas Berardo has shared the stage with heavyweights such as The New Riders of The Purple Sage, The Doobie Brothers, Jimmy LaFave, Martin Sexton, Terri Hendrix, Kevin Welch, and Red Molly, Eric Taylor, The Pousette-Dart Band, John Hiatt, and Livingston Taylor.
About his music, Marc says ... I try to write about people and situations that interest and entertain me. Subjects and places that I feel a connection with and that are unique in a quiet way. Real people and places caught in the moment, almost like a documentary film or a novel ...

On February 25, Marc released a single for "The Hard Part", a track from his upcoming record. The official premiered on Americana Highways and SiriusXM The Village.

“Bravery. The new song “The Hard Part” from Marc Douglas Berardo's forthcoming album inspires you to be brave in the darkest time. With a folk-rock groove, he takes you to a place within yourself to make changes you want to see in the world. Compassion is one of Berardo’s superpower ingredients in his songwriting.” Mary Sue Twohy, SiriusXM Program Director, SiriusXM Satellite Radio 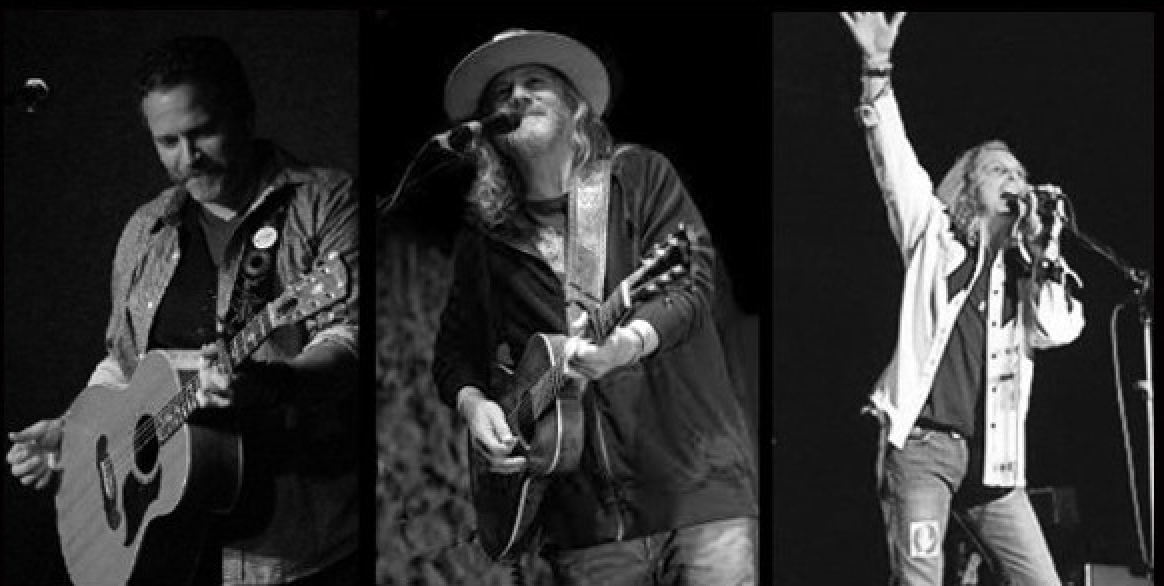