Join us for the LA premiere of 'The Serial Fixer' Chew Fu Phat. He is an innovator in the B-Boy Progressive/House/Electro Music Scene. He has taken New York by storm and is destined to change the "Whole Music World" forever. He takes known tracks and "ReFixes"them. Once he starts "Jammin' " his set, you will recognize the song,but he has it "Fixed"into a whole different sound. It is high energy, foot stomping,fist pumping and hip rocking Dance Music.
He has collaborated with some of the hottest recording artist on the radio. Has just released "ReFixes" for The Black-Eyed Peas,Marilyn Manson,P.Diddy,Britney Spears,Lady Gaga...and most recently Katie Perry!

This event will be held at the world famous 'Hollywood Canteen' on July 25th at 9pm.

Inside Bar
5 Signs DJ's
Under the Table DJ's 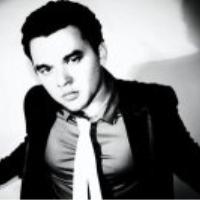