Tickets at the door

Covid Protocols required for entry: Please provide proof of full vaccination (digital passport, Vaxx card photo on your phone or the actual card). You can also show proof of a negative covid test (PCR or Antigen) taken within 72 hours of the event start time. Free on site covid testing, we suggest arriving a bit earlier for this.

CARL CRAIG IS DESCRIBED AS A CREATIVE VISIONARY, AN ELECTRONIC MUSIC ICON, AN ESTEEMED GRAMMY-NOMINATED COMPOSER, A WORLD-CLASS DJ AND AN AMBASSADOR FOR HIS NATIVE DETROIT.

In 2012, Rolling Stone named Craig one of the top DJs that rule the earth and the same year he also featured on the cover of Mixmag magazine. In 2015, Craig was named in the top 100 DJs of the year for Resident Advisor.

Outside of his Planet E recordings, Craig also continues to be one of the most sought-after remixers in the world. He has produced a seemingly never-ending list of remixes that now extends over 100 cuts, including mixes for the likes of LCD Soundsystem, Hot Chip, Junior Boys (Grammy Award nominated), Gavin Russom & Delia Gonzalez, Theo Parrish, Tori Amos, Goldfrapp, Friendly Fires, Aphrohead, Slam, Caribou, Tiga, Unkle, Henrik Schwarz, Nicole Moudaber, Pet Shop Boys, Life & Death, tINI, Yello and others. He was nominated for a Grammy in 2008 for his mix of the Junior Boys “Like a Child.” “It’s been proven that the remix is a valid art form,” Craig said. “When I take on a project, the ultimate goal is that it becomes my record"

Phoenix based Walter Productions is well known globally for creating over the top immersive entertainment experiences. The team's latest creation, The Walter Where?House is a unique art focused event and performance space in the new industrial area of downtown Phoenix. The engaging and community oriented collective of creatives, makers, builders and performing artists cultivate a space that is as inclusive and safe as it is fun. The fleet of super-sized art cars: Walter, Kalliope, Heathen, Big Red, Mona Lisa and Peace Train combined with a with freshly installed state of the art sound system makes Walter Where?House a place for making connections and memories in a venue unlike anything else in the world. 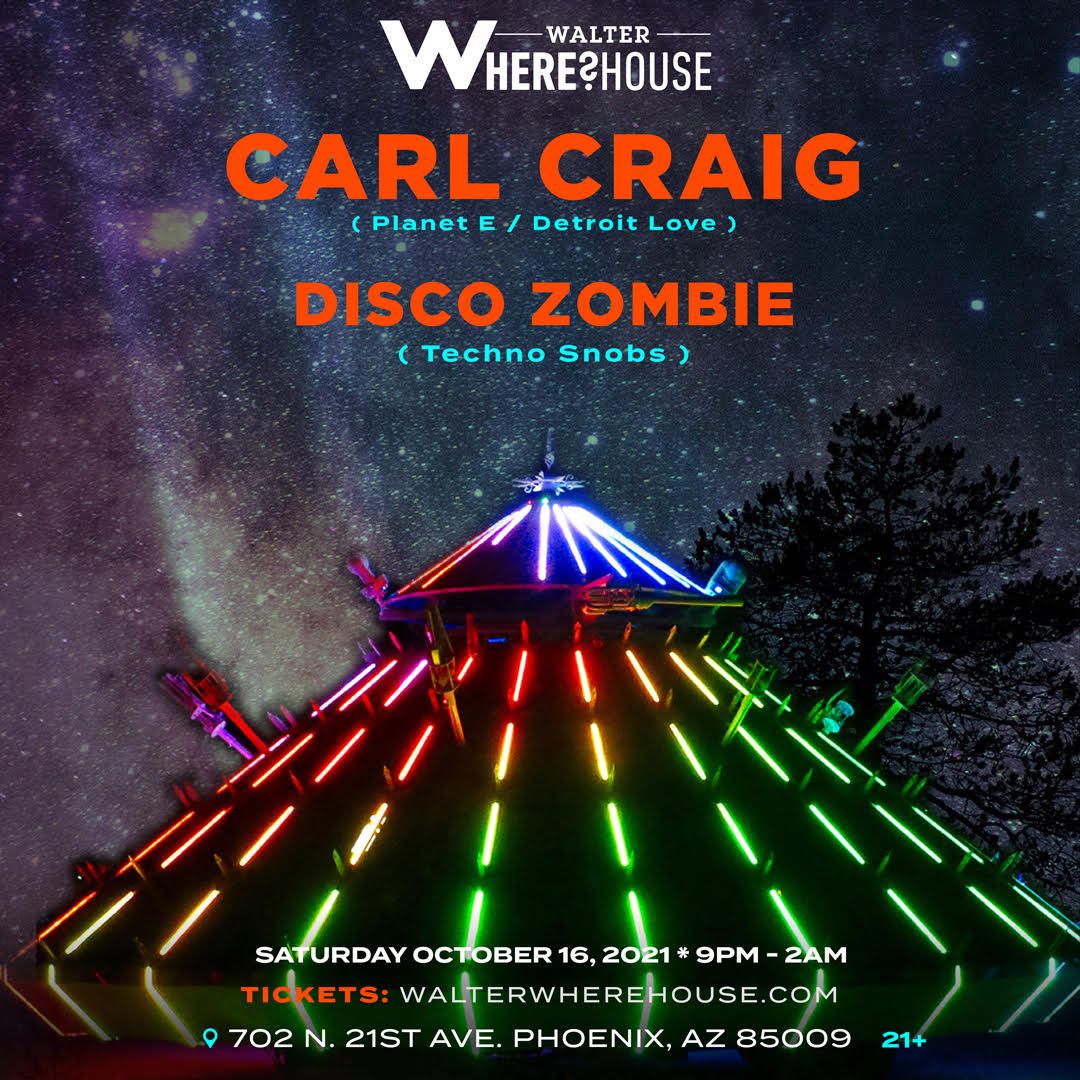