Carie Karavas, a tough, street smart, wisecracking stand-up comic, has been taking the New York City comedy club scene by storm and the national club scene as well. Her tough exterior along with her hard-hitting style of delivery keeps her audiences constantly on guard for big laughs. She is extremely versatile New York Comedian with a style that is adaptable to any audience. She is a definite crowd pleaser and a complement to any show. She has appeared on Comedy Central,New Joke City and has been featured at the world famous Montreal Comedy Festival,Mohegan Sun, Vegas.

Rising star and co-host of podcast In Godfrey We Trust, Andre Kim has been around for a while, quietly touring, headlining and being featured at well-known venues with big-name comedians. Despite his name being rolled in on credits with the likes of ultra-famous comedians, Kim holds his own and manages to stay impossibly cool and humble through all of his comedic work. 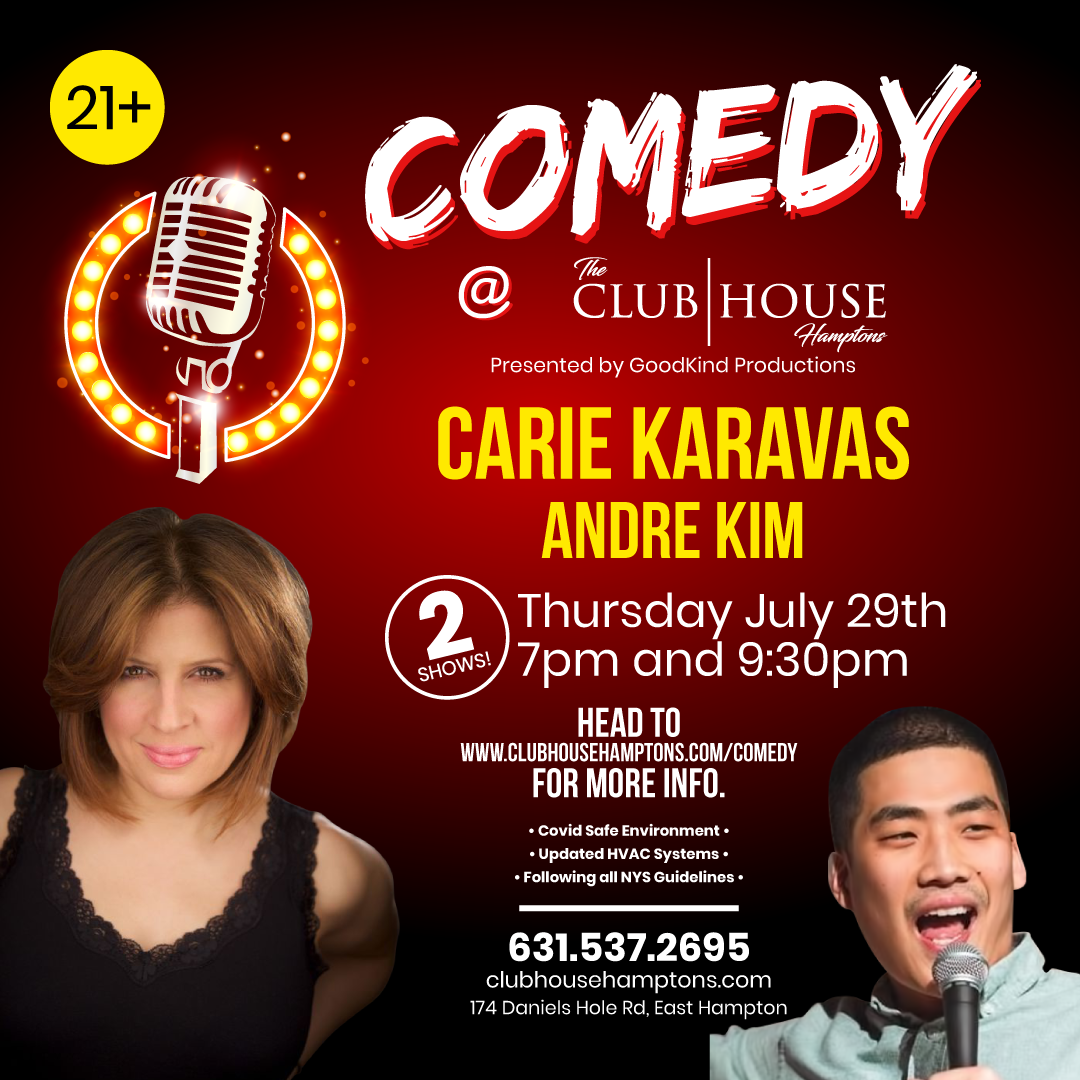