*THIS SHOW DOES NOT HAVE COVID REQUIREMENT FOR ENTRY*

[Note: The VIP package is an upgrade only; this upgrade does NOT include a ticket to the concert. Fans must have a concert ticket separately to attend the Meet & Greet.]

All at once, CANNONS recall warm memories, soundtrack the bliss of the moment, and gaze towards a brighter tomorrow. The Los Angeles trio -- Michelle Joy [vocals], Ryan Clapham [lead guitar], and Paul Davis [drums, keys] -- co-mingle handcrafted analog production, glossy guitars, and cinematic synth-craft with fluid breathy vocals and evocative lyrics threaded together by classic songbook poise. (Think a Cliff Martinez score accompanied by Stevie Nicks, and you're half way there). Generating 20 million streams independently and landing placements on shows such as Lucifer, Never Have I Ever, and many others, the group continue to transfix audiences with a series of singles and more music on the horizon.

Originally formed in 2013, the band united lifelong friends and musical partners-in-crime Ryan and Paul with recent Los Angeles transplant Michelle. In addition to early radio support from tastemaker KCRW, "Body Talk" appeared in an episode of the HBO series Ballers, while the campaign for Kendall and Kylie Jenner's Topshop collection touted "Evening Star" as its theme. In between, the group released Night Drive [2017], the In a Heartbeat EP [2018], and Shadows [2019]. A stylist played the latter for Harry Styles who instantly fell in love with the band, shouting them out online. In 2020, "Fire For You" bubbled up into the collective pop culture consciousness. Synced in a pivotal episode of the NETFLIX smash Never Have I Ever, it elevated the show to #1 on The Hollywood Reporter's Top TV Songs Chart. Signing to Columbia Records, CANNONS now make a lasting impression and an even deeper connection. 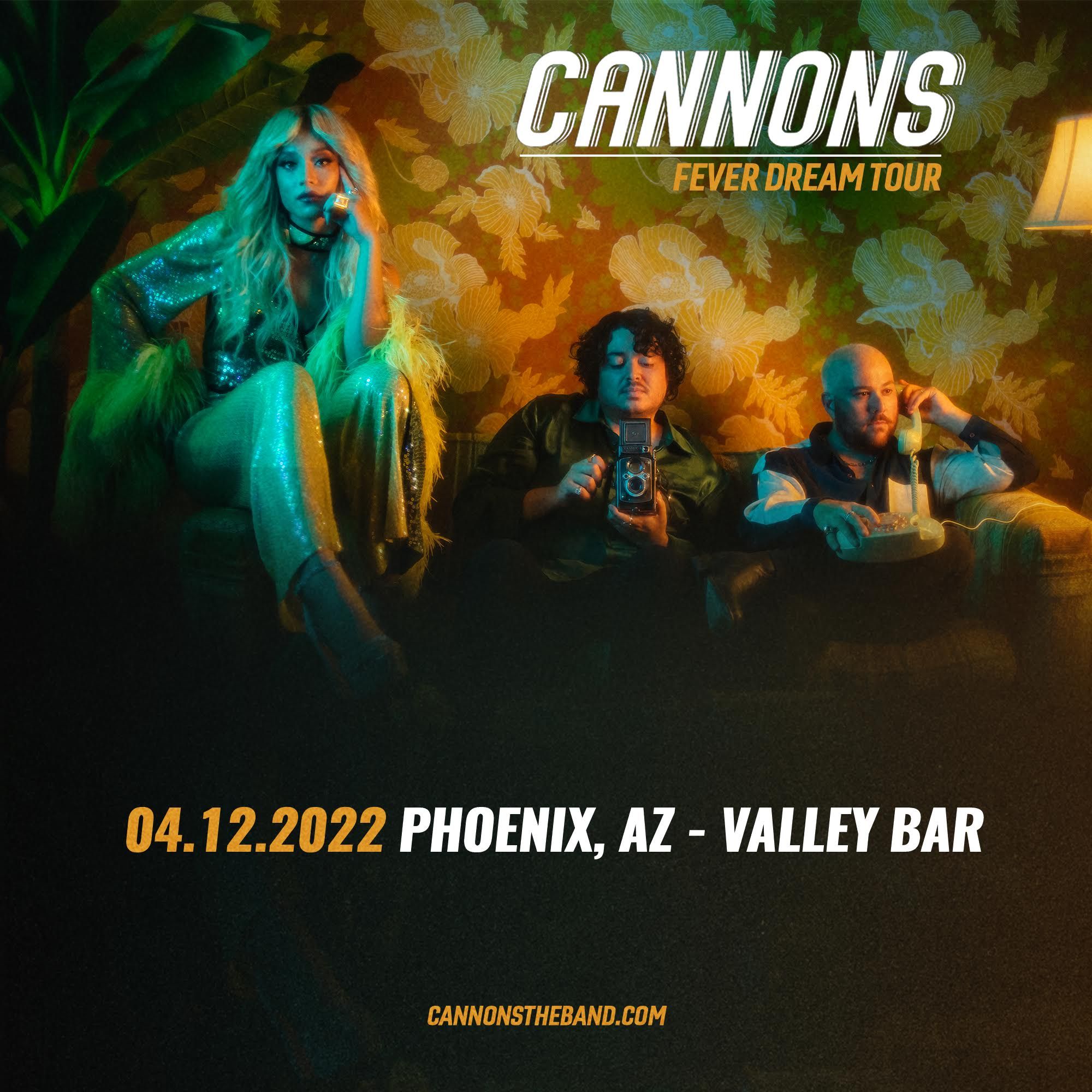