Caitlin Krisko & The Broadcast and Abby Bryant & The Echoes

Known for her powerhouse vocal performances, Caitlin Krisko and The Broadcast is a psychedelic soul rock band hailing from Asheville, North Carolina. Krisko's electrified and unforgettable performances led to her working with members of Tedeschi Trucks Band and David Bowie's Blackstar Band on her newest studio album Lost My Sight. Krisko captivates her audiences, bringing the perfect blend of power and vulnerability throughout her shows. With a mix of soul, psychedelia, and blues rock arrangements, Caitlin Krisko and The Broadcast has shared stages with Mavis Staples, the late Charles Bradley, St. Paul and the Broken Bones, Turkuaz, Marcus King, Keller Williams, Leftover Salmon, and Bettye LaVette among others.
Hailing from Gastonia, North Carolina, singer Abby Bryant and guitarist Bailey Faulkner have been hanging out and playing music together since they were kids. After a few challenging years of learning the ropes as touring musicians and struggling to make their way in a tough industry, the pair has cemented their presence as a regional powerhouse with debut album Not Your Little Girl released with their full group Abby Bryant & The Echoes. The debut LP is a confident and rebellious collection, showcasing Bryant’s vocal abilities and claiming the band’s hard-fought place in the world of vintage-inspired southern soul rock.

Recorded in the band’s new home base of Asheville, NC, the album features Anthony Dorion on bass, John Ginty (Robert Randolph & The Family Band, The Allman Betts Band) on Hammond organ and keys, Jeff Sipe (Col. Bruce Hampton, Leftover Salmon, Susan Tedeschi) on drums, and The Naughty Horns (Nick Ellman, John Culbreth, Ian Bowman) in addition to Faulkner on guitars and Bryant on vocals. Not Your Little Girl represents the culmination of years of dedication and a decided shift in Bryant and Faulkner’s outlook on the band’s future – to unabashedly make their presence known. The collection exhibits fierce independence, a fiery spirit, and a deep love for and understanding of American  roots and soul music.
5 Points Music Foundation is recognized 501c3 whose mission is to pursue the power of sound through live events that support access to music therapy, hearing loss advocacy, and accessibility initiatives. Read our story here. 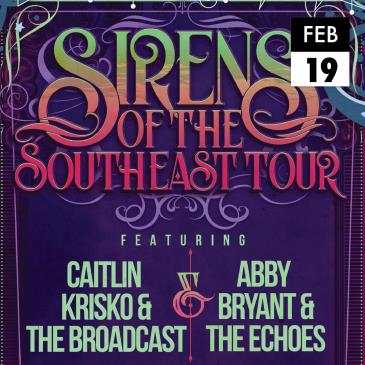