Butch Walker's latest album, Afraid of Ghosts, debuted at #1 on the Top New Artists chart when it was released last month on Dangerbird Records. Butch is a prolific recording artist & producer who has worked with the likes of everyone from Taylor Swift to Weezer to Katy Perry. For Afraid of Ghosts, Butch teamed up with fellow GRAMMY nominee Ryan Adams at Adams' PAX AM Studios in LA along with friends & special guests Johnny Depp and Bob Mould. He will head out on a headlining tour this spring following a successful run with Adams last fall. 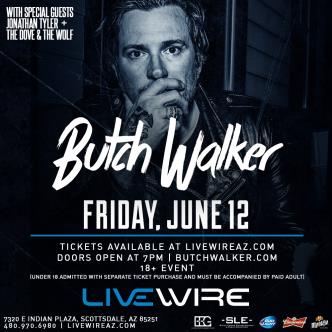