Burnside & Magic in the Other (postponed)

Among the western hills of Sonoma County, Burnside ignited from the collision of funky bassline groves born of Dixie, slick beats from a beekeeping yogi, and a motley repertoire of original songs that tell the journey from city streets to country roads, of anxious agrarians in search of home, yearnings for a better world and of a goat who thinks it's a sheep. Their modern rock stylings borrow from soul, folk, indie and americana. You can find Burnside within the shadows of backwood watering holes or kicking up the dance floor at your local barn party. They hope to see you there.

MAGIC IN THE OTHER:

Magic In The Other creates anthemic and empathetic music that is utterly relatable and infectiously danceable. Since their inception in 2017, they’ve been a band driven by originality and have set out to make a mark in music. Led by drummer/lead singer Ezra Lipp (Phil Lesh & Friends, ALO) and joined by guitar-wizard Roger Riedlbauer (Mercury Falls, Jolie Holland) and sought after bassist Steve Adams (ALO, Nicki Bluhm and the Gramblers), this intrepid Oakland, CA based trio has been called “avant-rock” and mixes soaring jazz lines, African-inspired rhythms and melodies, and soul sensibilities over the bedrock of a rock and roll rhythm section that transmits a sound wholly unique. Steeped in the perpetual fluidness of improvisation but mindful that stellar song-writing should form its core, MITO’s razor-sharp, precision playing is paired with Lipp’s achingly truthful lyrics that speak to the human condition.

In the band’s less than three years existence, through word of mouth and exposure through numerous local shows and residences, festival plays, and circular touring characteristic of a band on the rise, MITO successfully crowd-sourced their first LP, 2018’s “What We Know Is Possible” to the impressive tune of twenty grand, created and sold out their own music festival in its first year (MITOPIA), and most recently added a sophomore release to their catalog, “As It Starts To Fade” in December 2019. The latest recording features a rich, textured production to fill out its already fully-realized compositions, layered with three part harmonies and adorned with sonic goodies that begs repeated listens. This is only the latest evolution for a band that prioritizes a commitment to growth and leans-in on the deepened trust and mutual respect the band members have been fostering since their formation.

Magic In The Other continues to recruit an engaged and highly energized fanbase, many of whom affectionately boast a show attendance record well into the double digits, and this idiosyncratic trio warmly reciprocates as being one half of a conversation with their audience.  In a world where nostalgia dominates, MITO takes their music in the opposite direction, each show unique in the way it lassos the muse, each show infectious through the band’s humor and humility, conveying a sound both beautifully undefined and ultimately free.

Solström:
Solström meaning stream of the sun. Fusing inspiration from European and American roots and sunshine day dream era of 70s California sound. Fallowing in the 20th century legacies of artists like Nick Drake, Van Morrison, Paul Simon & The Grateful Dead. The Occidental based songwriter merges golden tones of the past with modern melodies and lyric form. The dynamic vocal range, and improvisation creates an immersive live performances that emote, enliven and surely strum the strings of you soul. 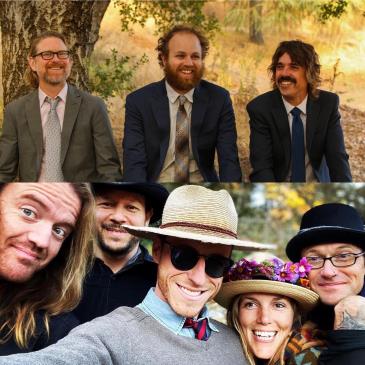 Burnside / Magic In The Other