Alex Nahas loves limits. That may seem odd coming from a multi-instrumentalist who plays the Chapman Stick and harbors a deep affinity for the likes of Peter Gabriel and Talk Talk, but Nahas’s solo project Bright Brown is a case study in how to wring more from less. As Bright Brown has evolved over the course of three LPs, multiple EPs and, most recently, a string of stripped-down singles written and recorded over the course of 2020, Nahas has carved out a niche that slots into the same lineage as David Byrne, David Bowie, Daniel Lanois and Elvis Costello: all one-of-a-kind artists who shoehorned unorthodox (even extravagantly strange) approaches into highly digestible pop music. Likewise, Nahas’s music evades categorization under the awning of any one single genre, but there’s the unmistakable common thread of a seasoned songwriter with a flair for mood, texture and atmosphere. And the more he integrates his experimental proclivities in the service of songcraft, the more Nahas highlights the peculiar edges that make his style so distinct. Those edges are there if you look closely enough, but they never demand your attention—and, crucially, they never get in the way once you spot them. Thoughtful and reflective with a knack for rendering outside-world concerns in the landscape of the personal, Bright Brown continues to venture into new frontiers, casting the Stick in a fresh light as a songwriter’s instrument with each successive song.

Pat Kearns is a singer songwriter, recording engineer, and radio personality from Portland, Oregon. He relocated near Joshua Tree, California, in 2017, planning to open a destination recording studio. Kearns' 2019 album, Down In The Wash, was recorded and mixed in his tiny, off grid cabin where he lives with his wife, Susan Kearns. The solar powered cabin rests on five scenic acres where the future studio would be located. Goat Mountain Recording, a solar powered world class recording studio, opened in November of 2020. Kearns recorded and mixed his forthcoming album, Getting Lost, at Goat Mountain. 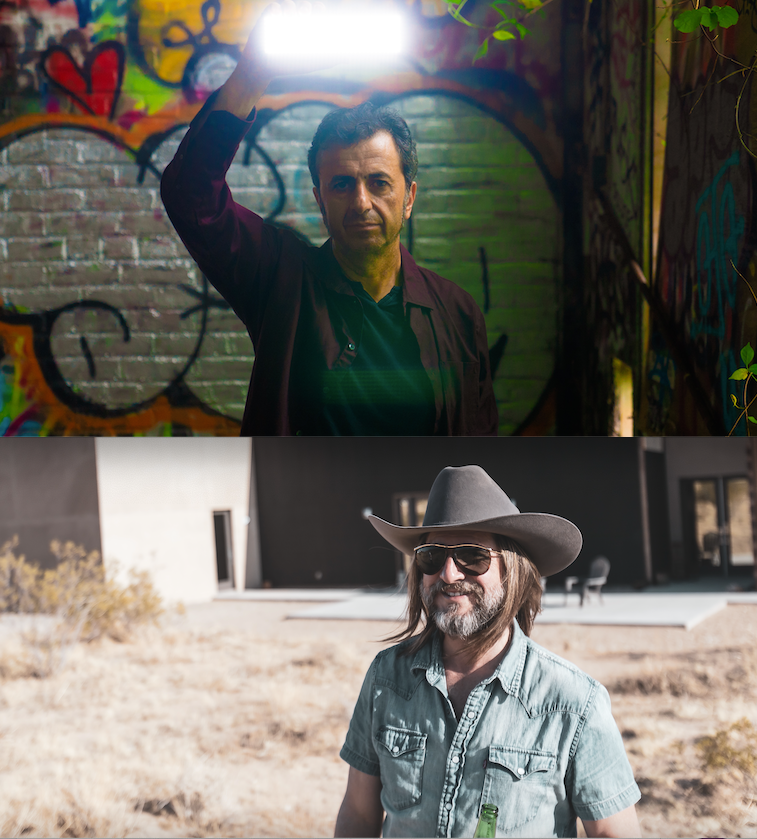