DAY OF SHOW TICKETS ARE AVAILABLE FOR PURCHASE AT THE DOOR. $15, CASH ONLY.

Katya Diaz was born in NY into an artistic family. Her Puerto Rican father sang baritone at The Metropolitan Opera House and recently received a Kennedy Center Honor. Chris Hierro was raised in both New York and The Dominican Republic. His work is heavily influenced by his father; a music producer/songwriter frontman for the group La Gran Manzana. Some of HER television performances include Saturday Night Live, Late Night w/ David Letterman, The Latin Grammys, MTV, The Carson Daily Show, Good Morning America and Weekend Today.

Some of HIS writer/arranger production credits include: Fernando Villalona, Leslie Grace, Obie Bermudez, Sebastian Yatra, Alejandro Sanz & Carlos Vives. They both have toured around the world working for numerous artists including Beyonce, Jerry Rivera, Obie Bermúdez, Don Omar, Thalia and Alejandro Sanz. Some of their projects together include composing a worldwide Samsung campaign and the carnival hit “Body Talk” for KES the band. Chris scored the Netflix comedy series “It’s Bruno” and Katya wrote a JP Penny Spring campaign jingle. They garnered much praise when they lent their voices to the song “Lejos De Ti” featured in the remake of the classic film Overboard.


In 2016 they combined forces to launch their passion project that can only be described as a kaleidoscope of sounds and vibes; hence the name "Break Out The Crazy”. Steadily releasing songs ranging in styles there is always somehow a common thread unique to their sound. When not working on all things BOTC, they continue to lend their talents as composers and singers for Film and TV projects as well as collaborating with recording artists in the US and Europe. 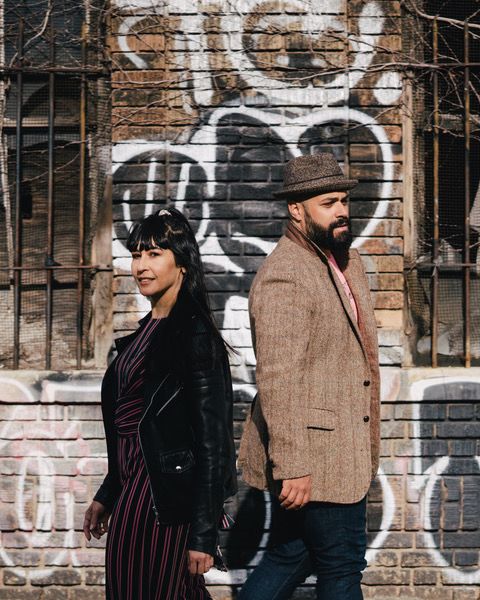