Join Boots On Stage as we welcome Smithfield, Copper Chief and Drew Dixon to Hollywood, CA! Tickets on sale Wednesday,, March 20th at 10am. Advance tickets are $10 and day of show tickets at the door for $20, based on availability. This event is 21+.

SmithField was founded in 2011 with a dream as big as their home state of Texas. Comprised of vocalists Trey and Jennifer, SmithField took the stage by storm with their memorable music and stunning harmonies. Having grown up together, their on-stage chemistry is undeniably genuine and natural.

Country duos are a unique breed in the music industry. Two voices have to blend perfectly together, and that combination is often hard to find, even in two great singers. Against all odds, the duo has continued to persevere with their music and develop their sound, and found that with a lot hard work and passion that anything can be accomplished. After only one year in Nashville, SmithField had already landed opening gigs for established artists including Kane Brown, Scotty McCreery, Granger Smith, Dustin Lynch, Brothers Osborne and Old Dominion.

​Proving to be the hottest emerging duo in country music, Smithfield’s new single “Our World” is quickly becoming a fan favorite. Find it on all platforms and on the new Smithfield EP due early this year!

Copper Chief is a band out of Austin, TX with deep roots compromised of fourcountry boys that just love to rock n’ roll. Made up of Mike Valliere on rhythm, RioTripiano on lead, Justin Lusk on bass and John Jamall II on drums, the band formed inthe fall of 2015 and quickly after recorded their debut, self-titled album. Their music canbe described as a breath of fresh air while puffing your favorite smoke. The band drawsfrom every corner of the musical canon while touching on several southern sounds thatcome together to birth an unforgettable and unique sonic experience.

For the last 8years, Dixon has called Nashville, TN, home, while continuing to tourextensively. Dixon was born and raised in the south, where his musicalupbringing centered around rock, soul, gospel, and R&B. His father's recordcollection and his mother's hymnal formed the basis of his musical attraction.Dixon attended The University of Georgia, where he continued to learn andsurround himself with incredible musical talent.

2015 saw therelease of both his debut and follow up singles, "Dead Man," and"All of My Pain." Both singles, accompanied by music videos, receiveda strong welcome from the industry and fans alike. In 2016, Dixon touredheavily, including his first international shows in Mexico. 2017 brought 3 newsongs, "Madam D's" (reaching #15 on the iTunes charts), "SouthCarolina," and "Whiskey and Wine," as well as a music video(both acoustic and full production) for Madam D's.

2019 looks tostay just as busy as Dixon is starting off the year with a California tour inJanuary, a two-sided (acoustic/full band) EP release in the late Spring, andmore southeast/east coast/northeast touring for the Spring and Summer. 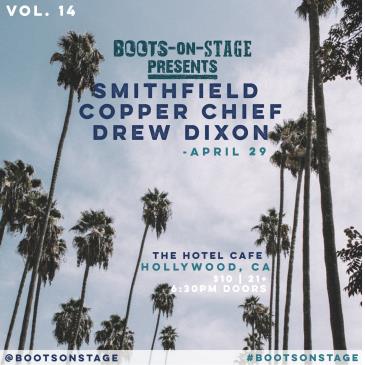