Join Boots On Stage as we welcome JT Harker, Josh Henderson, Rob Mayes and The Joy Reunion to Hollywood, CA at The Hotel Cafe on Tuesday, December 3rd.

Tickets on sale Friday, November 8th at 12pm PST.
Advance tickets are $10 and day of show tickets at the door for $20, based on availability.
This event is 21+.

Northern California native JT Harker grew up to the sounds of country music legends like Garth Brooks, Wynona Judd and Brooks & Dunn. At 7 years old he was sneaking albums from his dad's collection and fell in love with a wide spectrum of sounds from Creedence Clearwater Revival to Marvin Gaye, and everything In between. JT grew up with aspirations of playing college and professional sports, but secretly always dreamed of one day being on the radio and playing big stages. Cutting his teeth on the burgeoning California Country scene, JT and his band toured tirelessly up and down the west coast, regionally and cross country, opening for Jake Owen, Rodney Atkins, Chase Bryant, Muscadine Bloodline, Josh Thompson, Devin Dawson, RaeLynn and Love And Theft, and in 2017 earned a slot in the legendary Stagecoach Festival.

Josh Henderson was born in Dallas, Texas. Josh grew up with his mother (Sharon) in Oklahoma & Texas. Graduating from Tulsa Memorial Senior High School in May 2000, he returned to Texas after graduation to auditioned for (2001) Popstars (2002) in Dallas. Remembered for "singing like Justin Timberlake" Josh was chosen as one of the six winners. His band Scene23 recorded an album, but their record label went bankrupt before the album's release. He was on the UPN show One on One (2001) for several seasons, and appeared on the ABC's 8 Simple Rules (2002) where he met future (ex) girlfriend, Kaley Cuoco. Josh appeared on MTV's The Ashlee Simpson Show (2004) and was her boyfriend for two years before they split.

Josh appeared on the critically acclaimed FX show Over There (2005) which focused on the war in Iraq and how it effects soldiers and their families and appeared in The Girl Next Door (2004) and in Yours, Mine & Ours (2005). In Josh's downtime he enjoys his steam room, the gym, reality television, Dr. Pepper, dancing & basketball.

Rob Mayes’ "Road With No Lines" was recently an International Acoustic Music Awards finalist.  His “All It Takes” was featured on ABC’s MISTRESSES. His first single "Closer" is expected April 5, 2019.

Rob Mayes is an American actor, songwriter, and country artist.  From Cleveland, he’s no stranger to country music.  As a young boy riding in the car with his father, Rob was introduced to the songs of Alan Jackson, George Straight, and Michael Peterson, and immediately the stories, melodies, and harmonies hooked him.  Playing piano from the age of 5 and guitar since the age of 13, Rob has written countless songs: instrumental, pop, singer-songwriter, jazz.  But it’s his recent foray into country music that he is most proud of and that gives him the most joy.  “Music gives me and my soul a creative voice and outlet like nothing else, and there’s nothing I enjoy more than collaborating and co-writing with the songwriters of Nashville, and working together to put the puzzle pieces of a country song together,” says Rob.  And Nashville being the home of country music, he has been back and forth from his home in LA writing and recording in Nashville.

As an actor, Rob is most recognizable from the ABC fan-favorite series MISTRESSES and from the cult-classic Don Coscarelli-helmed film JOHN DIES AT THE END with Paul Giamatti which premiered at Sundance.  Other recognizable credits include THE CLIENT LIST with Jennifer Love Hewitt and the CW’s FREQUENCY and 90210.  Other film credits include DEEP BLUE SEA 2, ICE CASTLES, BURNING BLUE, and THE AMERICAN MALL opposite Nina Dobrev.

Rob can be seen in the upcoming MELVIN SMARTY, due out later this year, DANGEROUS MATRIMONY, and MY CHRISTMAS INN opposite Tia Mowry and LOVE FOR CHRISTMAS out this past holiday season. Mayes recently wrapped A SOLDIERS HEART, a western in which he stars alongside Val Kilmer, AnnaLynne McCord, and Jake Busey, and MAYBE I’M FINE, a musical road-trip comedy.  He also just finished filming the thriller INTO THIN AIR with Samaire Armstrong, and Fox's new legal drama PROVEN INNOCENT.  All are due out later this year.


"I began writing songs when I was seven or eight years old," he recalls.  "My piano teacher taught me classical music, but like my father, I wanted to play jazz.  My teacher's approach was rather disciplined, though I'd always take the chords and progressions from the sheet music in front of me and come up with my own progressions and melodies.  She didn't much care for that, but she did teach me a solid foundation.  I then had a grade school teacher who supported me like no one else, and she would ask me to play my newest song that I had written for the class every week, and that encouragement kept me writing and trusting that what I was doing maybe wasn't so bad after all.   And at about the same time in my life, I'd run around the backyard with my parents' huge old camcorder filming movies that I'd make with the neighborhood kids."

"I guess there's always been a story trying to come out of me in one shape or another.  So I suppose it's no wonder I found my way to country music."

Robert Easley and Gentry Monreal have been playing together for nearly 20 years as worship leaders at a church called "The Packinghouse" in Redlands, Ca. California based Guitarist Neil Morrison joined the worship team in 2008 where there was an immediate connection between the 3 of them, and for the past 11 years, these three have been inseparable.

Individually, each member has enjoyed many wonderful musical achievements in their own projects- from performing alongside blues greats Joe Bonomassa and Kenny Wayne Shepherd to collaborating with Brian Wilson from the Beach Boys. Neil, Gentry and Rob have performed together not only at their home church but also with various bands throughout the years. In 2017 The Joy Reunion was formed and work began on writing songs for the groups debut album.

The Joy Reunion is a melting pot of musical influence. Rob brings an influence of pop/rock, and you can defiantly hear the influence of "90's country" in his songwriting and melodies.  Gentry brings classic country, folk and roots to the table- think Patty Griffin, Allison Kraus and Emmylou Harris. People often refer to Gentry as a "Song Bird" Once you hear the sweetness of her voice you will realize a void has been filled in your life. Neil Morrison brings in the blues, southern rock and folk influences of The Allman Brothers Band, Stevie Ray Vaughan and Eric Clapton. Neil is a phenomenal guitar player and all around great musician that demands your attention the minute your hear him strike the first chord. 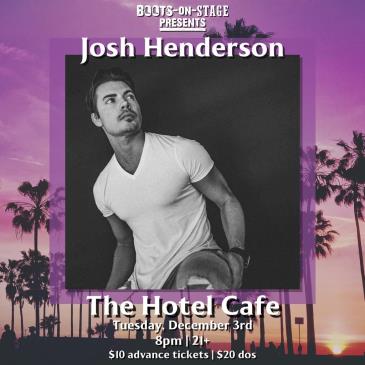