Big Brother and the Holding Company

Big Brother and the Holding Company

Big Brother and the Holding Company-- along with bands like The Grateful Dead,  Jefferson Airplane, Quicksilver Messenger Service – is considered one of the original, first wave of great psychedelic bands that came out of San Francisco in the summer of 1965.

The embryo that was to become Big Brother and the Holding Company began when Peter Albin, a 21 year old, aspiring Folk Blues guitarist, who had been a part of South Bay Roots’ music scene that also gave us Jerry Garcia, Robert Hunter and the Grateful Dead, met Sam Andrew, a 23 year old guitarist who’d been in bands since his teens in Okinawa and had studied languages and philosophy at University of SF and the Sorbonne.

Sam and Peter began jamming together in the basement/ballroom of an old Victorian mansion in the Haight –Ashbury district. With the help of their friend, future manager and concert promoter Chet Helms (The Family Dog, Avalon Ballroom), Big Brother and The Holding Company was born.

The band launched the career of Janis Joplin and recorded the hit album "Cheap Thrills," cementing them as a part of rock music history.  Their legacy as one of the great bands of the 1960s is secure. In their current live shows they perform original material as well as all of their legendary songs; “Piece of My Heart”, “Summertime”, “Ball and Chain”, “Bye Bye Baby” and more, as only the original creators of this music can. 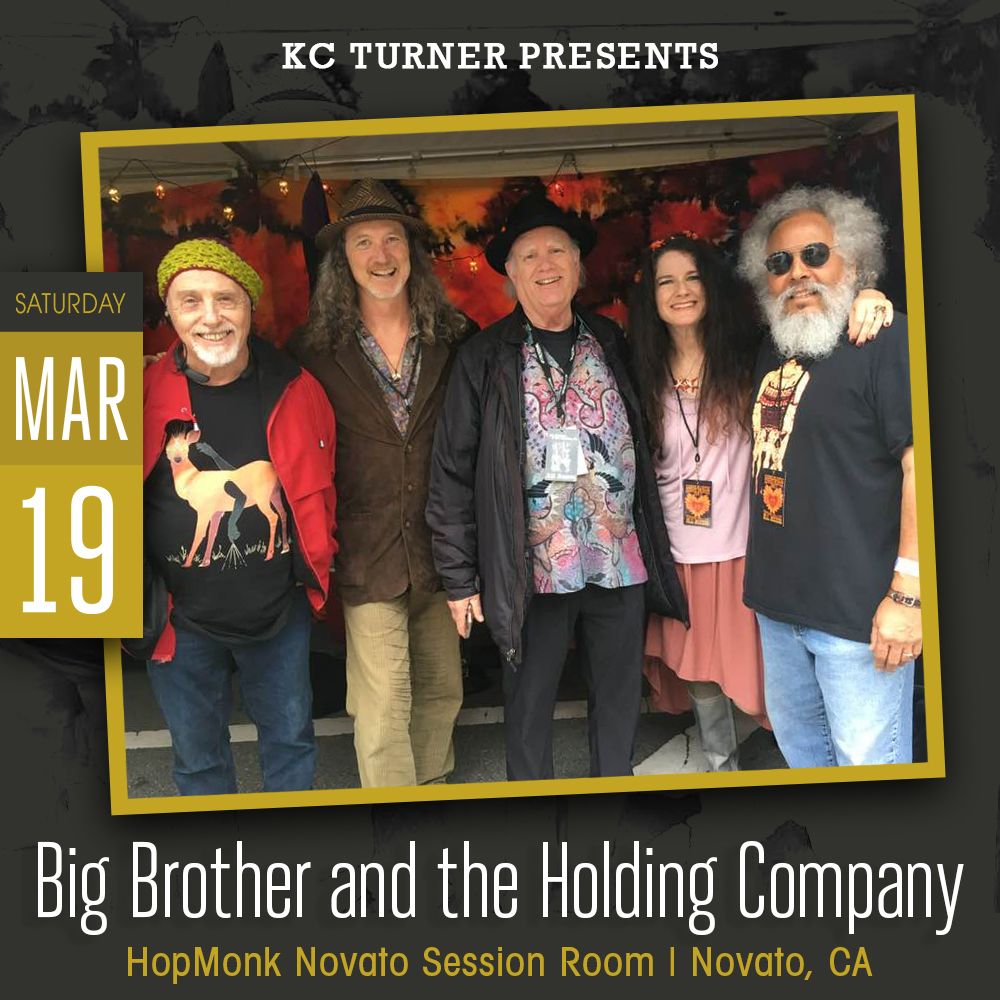