An evening with Beth Nielsen Chapman

From writing hits for other artists to recording hits of her own, Beth Nielsen Chapman, Nashville based singer-songwriter has truly embraced musical diversity. A breast cancer survivor, inspirational speaker, teacher of workshops and lecturer on the magic of creativity, (which she believes is the birthright of everyone) Beth’s passion, when you get right down to it, is still ‘the song’.


Chapman’s music has shown up on ER, Dawson's Creek, Providence, Felicity and in movie soundtracks, including “The Prince of Egypt, “Message In A Bottle”, “The Rookie”, “Where The Heart Is” and “Practical Magic”. Mega-hit "This Kiss”, ASCAP'S 1999 Song Of The Year, sung by Faith Hill garnered her a Grammy nomination. Also in 1999 Beth became Nashville NAMMY'S 1999 Songwriter of the Year. In 2009 she was the recipient of The Distinguished Artist Award from the Alabama State Council on the Arts and the Alabama Music Hall of Fame. Beth often teaches her Creativity Stargaze Workshop at the Vanderbilt Dyer Observatory and has also taught at Universities including Berklee School of Music in Boston, The Royal Scottish Academy of Music, as well as various other songwriting workshops internationally. In addition she has served on the Advisory Board for Peacejam and Healthy Child Healthy World.

Her groundbreaking “Sand & Water”, written and recorded following the death of her husband from cancer in 1994, was performed by Elton John on his 1997 U.S. tour in place of "Candle In The Wind” to honor the memory of Princess Diana. The UK release of “Deeper Still”, was voted "Album Of The Year" by BBC2's Terry Wogan. Beth also released: “Look”, co-produced with the legendary Peter Collins, featuring "I Find Your Love" written for the movie “Calendar Girls” with Patrick Doyle; “Hymns”, a collection of ancient Latin hymns, and a DVD “If Love Could Say God’s Name” recorded at St. Paul's Cathedral in London with the London Oriana Choir. Endorsed by Archbishop Desmond Tutu, in 2007 Beth released “Prism-The Human Family Songbook”, a double CD collection of sacred songs sung in nine languages, a tribute to the world’s great musical traditions. Rejuvenated and inspired, Beth released "Back To Love", in 2010 which spawned 2 hits on BBC Radio 2. 2010 was a great year for Beth in the UK, starting with a performance at Abbey Road with Robert Plant and the 100 voice "London Oriana Choir" and ending with her October appearance at the Mermaid Theater in London with a 60 piece orchestra performing live on BBC's Friday Night Is Music Night.

In 2011 Beth collaborated with Kirby Shelstad in producing and writing 14 chants sung in Sanskrit for "The Seven Spiritual Laws of Yoga", a special yoga CD & book project for Chopra Yoga.

With every turn in the tragic-and-triumphant road Nielsen Chapman has traveled, her passion for music from so many genres has always lead her into new and exciting territories of discovery, so it comes as no surprise that as she was compiling and recording her upcoming boxed set “Box Of Songs” (slated for release in 2013), Beth was drawn toward another fascinating project.


On October 9 of 2012, Beth Nielsen Chapman will release “The Mighty Sky”, a romping collection of songs created to engage children (and inquisitive adults) in the wonders of astronomy, designed and written specifically for kids which includes a full-color poster that contains the lyrics of the 11 scientifically-sound songs, celestial photos and drawings and lesson ideas. Beth hurls her voice into many different styles of music on this incredibly fun and educational project. It is a collaboration with Rocky Alvey, songwriter and Director of the Vanderbilt Dyer Observatory, and her longtime hit songwriting partner and co-producer Annie Roboff. And now his project has caught the ear of none other than Charles Bolden, NASA Administrator, who heard Beth performing songs from “The Mighty Sky” at the UN in New York City on April 12th for the 51st Anniversary Celebration of the International Day of Human Space Flight. Since that first meeting, Beth has performed several times alongside NASA’s top brass at events including educational outreach events in London and Dublin with Administrator Bolden, and at the Dyer Vanderbilt Observatory in Nashville with Astronaut and NASA’s Associate Administrator for Education, Leland Melvin. Most recently Beth was invited to the Jet Propulsion Laboratory to watch the landing of Curiosity on Mars with the incredible scientists that built it! From being invited to rocket launches, to Space Centers, Beth has been thrilled and honored to perform this music standing alongside NASA inspiring and drawing young folks towards the endless path of science in the boundless wonders of space.

For each song on “The Mighty Sky” there is a lesson plan written in accordance with the STEM curriculum. In addition to performances and other educational outreach, Beth, Rocky and “The Mighty Sky” team are working towards seeing the day that this music and these lesson plans are adopted into systems of learning as a fun, new, and accredited way to teach young folks about astronomy.

It’s no secret that music lights up the brain in a way that specifically empowers and supports memory. You’re not likely to hear someone say “I just can’t get that math problem out of my head!”. But Beth and her partners are betting that “The Mighty Sky” and all the vast knowledge tucked inside its lyrics will get stuck in the heads and the hearts of generations to come! Beth will be doing some special concerts and appearances in the UK to support the release of “The Mighty Sky” in which she will include many selections of her classic material, hits and favorite songs, as well as introducing her fans to some delightful selections from this hilarious infectious collection of new songs! 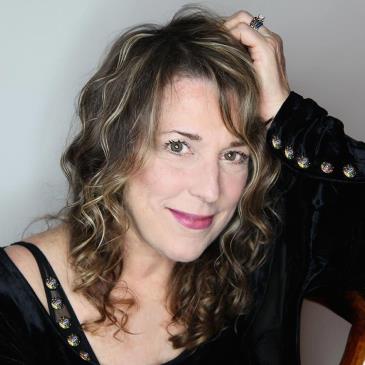