Having put in years of graft, Benga, now age 21, is a leading light in the rising global dubstep movement alongside the likes of Skream, Kromestar, Rusko, Coki and many more.

For the first time ever, Benga will play in North Carolina and we are very lucky to have that happen here in the cultural and musical hotbed we know as Asheville. 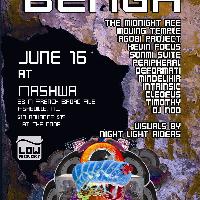