This was show was originally scheduled to take place at The Admiral. All tickets purchased for The Admiral via eTix will be honored and do not need to be changed, updated, or reprinted.

Pitside and Balcony are seated with first come, first pick within the section. See the seating map here.

A Bit of Previous is the tenth studio album by Belle and Sebastian and their first full-length in seven years. This may be surprising to anyone following the recent life pursuits of the Glasgow 7-piece: The Boaty Weekender – a 3000 capacity star-studded four-day music festival on a cruise liner sailing the Mediterranean; a trilogy of EP’s; a soundtrack for the directorial debut of The Inbetweeners’ Simon Bird; a live album showcasing the band’s present-day iteration as savvy main stage entertainers; and in 2020 a collaborative project with fans called ‘Protecting The Hive’. But in all these idiosyncratic endeavours, as intrinsic to the band’s DNA as the stage invasion at the end of each of their shows, a full-length has eluded us.

A Bit Of Previous is a classic Belle and Sebastian album preoccupied with songs and melodies that won’t leave your head and lyrics that can make you smile and ponder and sometimes be melancholic. It’s an album self-produced and recorded by Belle and Sebastian (with contributions from Brian McNeill, Matt Wiggins, Kevin Burleigh and Shawn Everett) and their most hands-on since The Boy With The Arab Strap.

In some respects, A Bit Of Previous is also a first. It’s the first album the band recorded in their native Glasgow in 20 years (the last being 2000’s Fold Your Hands Child, You Walk Like a Peasant). What started off as a pandemic necessity – having to ditch plans to record in California in spring of 2020 – became a refreshing change of pace. Unbeholden to restrictive and expensive studio schedules, it allowed for long walks through the streets and parks of Glasgow and spontaneous train journeys to nearby towns which embedded proceedings with a peculiar sense of place. The band upgraded their practice space to a makeshift studio, making some creative interior design choices to keep it pandemic safe.

A Bit of Previous is Belle and Sebastian taking on age and getting older and emerging all the more vital for it. ‘Young And Stupid’ is a stuttering acoustic rocker that without its lilting violin might be mistaken for a T. Rex song, the lyrics and nonchalant vocals facing the passage of time with wry ennui: “Now we’re old with creaking bones / Some with partners some alone / Some with kids and some with dogs / Getting through the nightly slog / Everything is fine when you’re young and stupid”. ‘Come On Home’, with its fireside piano and conversational exchanges between Murdoch and Martin, evokes a handing over of the generational baton with a call to “Give a chance to the old / Set the record straight on the welfare state / Give a chance to the young / Everyone deserves a life in the sun”.

While the arrangements are often playful, there is an underlying gravity. The deceptively feelgood, choir backed ‘If They’re Shooting At You’ reads like a poignant ode to defiance and survival: ‘If they’re shooting at you kid / You must be doing something right”. On Martin’s ‘Reclaim The Night’, a jaunty backbeat tells of a cross-generational everywoman trepidation that in 2022 is more pertinent than ever.
A Bit of Previous is also scattered with big, occasionally delirious pop moments ‘Unnecessary Drama’ rips through a cacophony of overdriven riffs and a droning harmonica that borders on the unhinged and is one of the band’s heaviest outings since, well, ever. The 140+ bpm ’Talk To Me Talk To Me’ is ablaze with euro synths and keyboard horns as the voices of Murdoch and Martin intertwine on a breathless chorus. ‘Working Boy in New York City’ exists in a parallel universe where the band did in fact make it to California – such is the escapist bliss of its sloping flute and bittersweet funk.

On the other side of the spectrum are some of Belle and Sebastian’s most moving ballads. Tender finger-picked paean to a lover ‘Do It For Your Country’ and doo-wop-inflicted ‘Sea Of Sorrow’ showcase Murdoch’s tenor at its most bare and affecting, while Stevie Jackson contributes lovelorn country waltz ‘Deathbed of My Dreams’.

So what is a A Bit of Previous? It’s a bit of everything, and a lot of what makes Belle and Sebastian so special and enduring. It’s a band tackling the insight, experience and responsibility that come with getting older with humour and irreverence and lyrical exactitude and musical bravado. It’s one of the UK’s most beloved pop portraitists asserting themselves as an infallible source of energy and fun.
There’s a touch of Buddhism, too, a practice increasingly influential on Murdoch’s outlook in recent years and given a further manifestation via his popular weekly guided online meditation sessions. The album title is possibly a reference to the concept of reincarnation. As Murdoch notes in the liner notes: “There is a firmly held belief in Buddhism that we have been reborn so many times and in so many guises that if we look around us, we are bound to see a person who has been our mother in a past life. And we are surrounded by people who have been our children. If we truly had that in our minds and in our hearts, we would drop the prejudice we had: our attitude to strangers and difficult people would alter emphatically.”

Steady Wells is the moniker of singer/songwriter Jordan Smith. Currently residing in Lincoln, NE, Smith crafts his songwriting to reflect the styles of folk, Americana, and vintage pop while staying rooted in modern rock stylings. Known for leading the indie alternative pop band Twinsmith (Saddle Creek), the songs of Steady Wells find a more distinct narrative in the raw, unfettered lyrics that brought Smith into playing music at the age of 15, than the shimmering upbeat songs of Twinsmith. Smith draws influences of modern singer/songwriters such as David Ramirez and Michael Nau mixed with the classics of Tom Petty and The Band. Steady Wells released his debut single Battles on Friday, July 24, 2020. 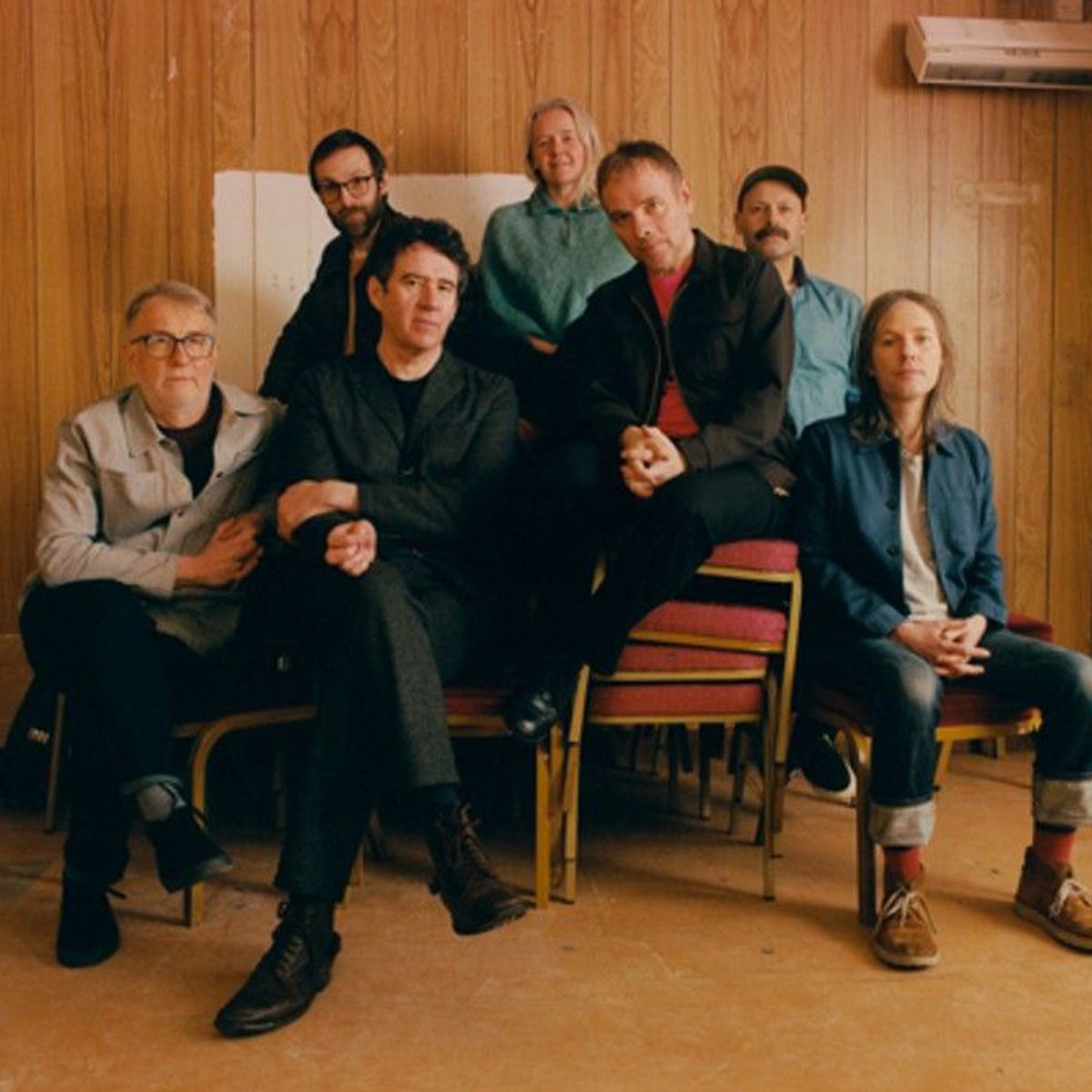