If you'd like to make a reservation to secure your table, please visit: https://themintla.com/dinner-reservation/
Bellavolent
Los Angeles based independent music artist Bellavolent, Fay Blackmore, seamlessly combines
indie, pop, electronica, and bass music with live instrumentation to create a one of a kind sound. Her
music is characterized by its powerful songwriting, ethereal vocals, and celestial synths. You can
hear that she is currently inspired by artists like Billie Eilish, Bea Miller, Sia, Daya, Haliee Steinfeild,
Halsey, Krewella, Madison Beer and many more. Bellavolent is currently working on an abundance
of new music, mostly produced by her that she has scheduled to release throughout 2021 and
beyond. Keep an eye out for live show dates by following her.
https://linktr.ee/bellavolent

Alex&Shiloh is a brother/sister, singer/songwriter duo that packs pop songwriting sensibility and full band energy into an organic package that strips music down to its roots.  Shiloh has been singing since she could make sound, and Alex wanted to learn to play any instrument he could get his hands on.  In high school,  they started learning covers together and quickly progressed to writing their own songs together.  They soon started playing live gigs in their hometown of Salisbury, MD and in the beach resorts of Maryland and Delaware.

After attending different colleges and focusing on their own music and studies, alex&shiloh teamed back up to become a staple in their hometown and the Maryland and Delaware beaches.  Following years of focusing more on playing other people’s music, they made the move back to their birthplace, Southern California, to further their music career.

Since moving to LA, alex&shiloh has been focusing on their original music again. They are writing new music, working on new recordings, and they are so excited to get their music into new ears!

Rora Wilde is a alt pop/rnb singer songwriter in Los Angeles CA. Originally from The Rio Grande Valley, she began singing at the young age of 6 and fell in love with music. She studied cello in school, and taught herself piano and guitar. At 13, she discovered songwriting and has been performing live ever since. The singer played any stage she could get her hands on; coffee shops, bars, clubs, theaters, etc. Over the years, Wilde has explored different genres like alternative rock, synth pop, indie folk and even country-chasing a sound that truly represents her as an artist. Today, her powerhouse vocals soar over her new Alternative Pop/R&B sounds with moody & introspective lyrics. Rora's new album "Ni Modo" is available now on all streaming platforms.
instragram: @rorawilde
spotify: https://open.spotify.com/artist/2jpnkRnKWNObzFmL9pBOVN?si=lAST-DssTwOwfRE-UgNKgQ&dl_branch=1
website: www.rorawilde.com

To The Moon is a Los Angeles-based Pop duo blending in styles of R&B and EDM. Formed in the Spring of 2021, Laiken Strobush sparkles on Vocals and Keys while Mercedes Cruz drives the rhythmic dance grooves on Drums.  Both are Midwest girls bringing sunshine to the West Coast music scene. Co-writing songs about love, sex, and magic, To The Moon has collaborated with several producers to craft songs with a radio-ready, Modern Pop sound to every stage performance. 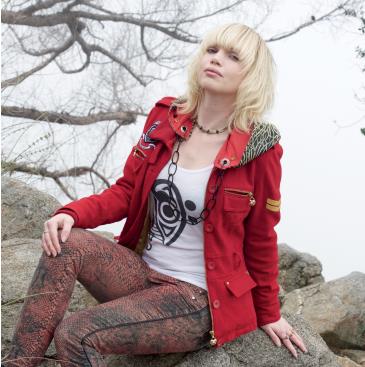